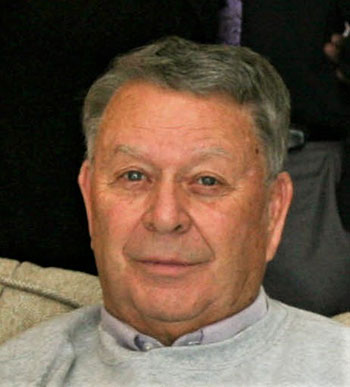 Ray Haase passed away on April 20, 2018. Ray was born on June 30, 1939 in Torrington, WY to Ernest and Stasia Haase. He attended school in Torrington and, after graduation, moved to Cheyenne, WY where he worked for Cheyenne Light & Power Co. During this time he met and fell in love with Madge Christensen, and they were married on November 16, 1962.

While still in Cheyenne they added to their family with a daughter, Angela and a son, Tim. Shortly after this, they moved to Riverton, WY where he started his 35-year career with Holly Sugar. They were then transferred back to Torrington where the family added another son, Travis and would subsequently be transferred several more times to other sugar factories with Holly to other towns and states in Montana and California. The last move was to Worland, WY where he and Madge retired.

Ray was a big NASCAR fan. Sunday's would find him cheering on his favorite driver, Kasey Kahne. He also supported the Denver Broncos, and would watch the games with his son Travis via telephone, as Travis lived in Nampa ID. Ray had a love for trains, and was an avid model railroader. He built several models with many tracks, towns, mountains, and rivers. He lovingly built a model for his grandsons that could be folded up and put away when not in use. They still have this model.

Ray is survived by his wife Madge Haase, his daughter Angela (Ty) Thompson, his son Tim (Jan) Haase, and his daughter-in-law Bethany Haase. Grandchildren include Ian (Sydney) Thompson, Ryan (Sarah) Thompson, and Beatrice Haase. Ray was proceeded in death by his son Travis Haase who passed away on February 25, 2017 in Nampa ID. This was also a terrible loss for the family.

This beloved Man will be truly missed by his adoring family and many friends.

Services to be announced.