Karla's Kolumn: A catch 22 for the city 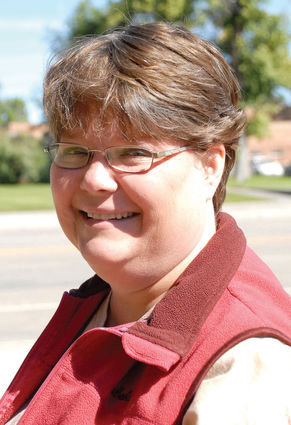 The City of Worland is in a quandary with the resignation this week of building official Nick Kruger. The quandary? To continue with the building codes and building inspections for residential property or not.

I was all set after sitting through the Board of Adjustment and Planning Commission meeting to write a hard-nosed column stating that the city did indeed need to continue with the building codes and inspections. It is something I argued for in Basin as editor of the Republican Rustler.

Why argue for building code? No, I'm not a huge fan of government regulations but sometimes government needs to step in and protect us from ourselves. Building codes, when enforced properly, equally, fairly and consistently, help ensure that the homes we live in our safe and secure. We know the roof won't fall in, the walls won't cave in, the electrical was installed correctly, along with the plumbing.

Nick Kruger pointed out the safety is the main reason for codes in the first place.

Yes codes can become cumbersome and overbearing. That's something for the council to be mindful of, which this council has been, when they thoroughly went through the current code they adopted last year.

Kruger at the BAPC meeting gave examples of problems in homes in Worland where the code was not followed and inspections missed issues in construction.

We had similar issues in Basin. Our home was the first to be constructed by a new contractor. He got better and I'm sure he learned from his mistakes. The issues were not necessarily "life threatening" but there were issues with the electricity and the plumbing. I had several plumbers tell me where the plumbing was installed wrong and I found easy "work-arounds" to get the plumbing to work so it didn't all have to be redone.

But aside from our own home, without codes people can build homes out of any material they desire, including straw, as one such home, which took several years, was built. The home was not completed by the time I moved.

Neighbors complained about the mice, the look and other issues. There was no building code or inspection so the neighbors had no recourse.

That brings me to one point, Worland City Clerk/Treasurer Tracy Glanz said as they've discussed their Grow Worland initiative and have sent surveys out to residents adjacent to the city limits to gauge interest of coming into the city, there is pushback against city regulations. The county has no building codes.

It doesn't work that way. If you want no building codes or inspections then that goes for you ... and your neighbor and city residents need to be prepared for that, if that is the direction the council moves.

The other quandary I came up with, while mulling over exactly what to write, is the enforcement consistency.

Tracy Glanz said the city has had seven building officials in 18 years. That's an average of a new official every 2.5 years. That doesn't lend itself to continuity in inspections or the type of enforcement. From everything I've heard, Nick Kruger has been a very good building official for the city. Not everyone will be like Nick with the same personality in how he approaches residents or how he enforces building codes. He said at the BAPC meeting Thursday that he sees value in building codes, as long as they are enforced and when they are enforced that they are enforced equally and consistently.

If it's on the books it needs to be enforced, he said. And he is right.

The city council has a lot to consider as it moves forward. Are building codes right for Worland? Will it help or hurt growth for Worland? If they choose to continue with building codes and inspections then they must hire the right person, which according to history, shows it has not been an easy task.

Yes, I like Nick Kruger, believe in building codes and no that's not why we bought a place in the country.

But I believe in them if they are enforced properly, equally, fairly and consistently.

The next step the council takes will chart a new path for Worland. I wish them luck and hope they take the time to make an informed decision based on what they believe is right for Worland now and in the future.