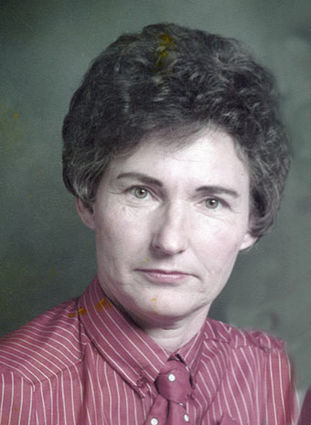 Sharon Rae Dent, 81, passed away on May 8, 2018 at the Washakie Medical Center in Worland.

Sharon was born on August 11, 1936 in Lyman, Wyoming to Aubra Moore and Florence June (Roberts) Twitchell.

She graduated from Ten Sleep High School as Valedictorian of the class of 1955. She married Vale "John" Dent just prior to her graduation, on April 30. The coupled was later sealed for time and all eternity in the Idaho Falls Temple.

Sharon worked for over 40 years with 4-H. She had a love for attending Arabian Horse Shows. She was a member of the Church of Jesus Christ of Latter-day Saints, serving in many positions. She was a die-hard Bronco's fan and also cheered on the BYU Cougars. Baking desserts for friends and family was one of her greatest joys. She was a devoted wife, mother, grandmother and great-grandmother.

She was preceded in death by her parents and one brother, Aubrey.

Funeral services will be held 2:00 p.m. Monday, May 14, 2018 at the Church of Jesus Christ of Latter-day Saints with Bishop Charlie Wassum officiating. Burial will follow at Riverview Memorial Gardens Cemetery. Memorial donations may be made to the Washakie County 4-H Fund in care of Bryant Funeral Home, PO Box 524, Worland, WY 82401. Online condolences may be made at http://www.bryantfuneralhomeonline.com.