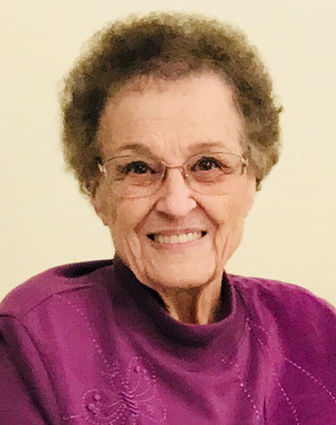 Barbara was born December 17, 1940 in Gering, Nebraska, a daughter of Carl and Mollie Benzel. She was the ninth child from a family of fourteen children. She attended a one room school house until the eighth grade, and then attended Sidney High School where she graduated from in 1958.

Barb loved the Lord with her whole heart. She was a devout Christian and helped to start the Big Horn Independent Baptist Church in Worland in the year 1979. She attended church every Sunday that she could and was still active in the church when she passed away. Her church family was very important to her, and she loved them all.

She was the rock of the family. Her strength and bravery were insurmountable. Her family was her biggest prize, and she treasured her children and granddaughters enormously.

Barb loved spending time with her granddaughters. She and Stan had them in their home nearly every day for 10 years as they grew up. She would read them books, play games for hours, and color and draw. She enjoyed putting puzzles together, knitting and crocheting, camping, and reading her King James Bible as well as many other Christian books and novels.

Barb is preceded in death by Stan, her loving husband of 56 years, her son Scott Keeler, who died in 1979, her parents Carl and Mollie Benzel, her brothers Dan Benzel, Harry Benzel, and Leonard Benzel, her sisters Elsie (Benzel) Grothe and Mollie Kay Benzel.

The funeral service will be held at Zion Lutheran Church on Friday, May 18th, at 2:00 PM with Roger Lawley officiating. Visitation will be held one hour prior to services at the church. Burial will follow at Riverview Memorial Gardens Cemetery in Worland. Online condolences may be made at http://www.bryantfuneralhomeonline.com. Memorial donations can be made to the Barbara Keeler Memorial for a fund yet to be set up in care of Bryant Funeral Home, PO Box 524, Worland, WY 82401.