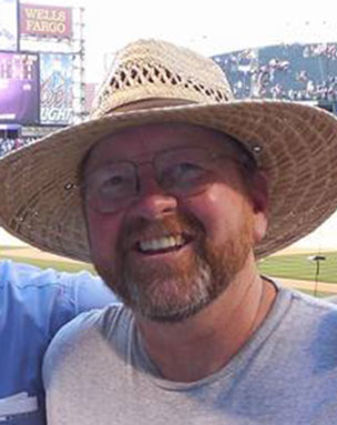 Bradley Lial Agee passed away on July 19th, 2018 after putting up with "that cancer garbage" for more than a decade.

Brad was born in Worland on December 11, 1957 to John "Bob" Agee and Bernadine "Bernie" Lewis. Brad grew up in Worland with his two brothers, Berton and Bruce, living their early life on the "Worland Farm" before moving to town. Despite the move, Brad was active in 4-H and FFA, and his work yielded too many awards for swine showmanship to count. Brad graduated in 1976 and shortly thereafter married his high school love, Caryn Fraser. Brad and Caryn had two children, Jessie and Trent. Brad and Caryn briefly lived elsewhere in Wyoming as Brad worked in road construction and mining, and in the early eighties, the family moved back to Worland. Brad then began working for the Washakie County Road and Bridge Department, to which he gave thirty years before retiring in 2011. Brad took pride in his work, from grading roads to digging culverts, and didn't mind making trips and calls to those who needed his help all over the county.

Brad and Caryn raised their children and became active in the community of Worland. Over his many years in Worland, Brad made great friends through school and work who remained close for the rest of his life. Brad was hard not to get along with, his smile melted most adversity, and his joking tone created lasting memories with everybody he encountered.

Brad was an avid fisherman and bird hunter. Harvests weren't always guaranteed, but a day in the field, on the mountain, in a creek, on the ice at Sunshine Reservoir, or in the bird blind with his hunting dog gave Brad balance and release from the day-to-day chatter of government work. Brad was also a skilled gardener. His backyard plot often yielded too much produce to share with friends and neighbors before the fall's frost set in, unless the grandkids happened to raid the pea patch before anybody else could.

Brad spent many hot summer afternoons and evenings after work and on the weekends coaching Jessie and Trent in softball and baseball. He gave his time to his children and the rest of the kids on the teams because he wanted to see everyone have a good time, enjoy the game, and the appreciate the time outdoors. This attitude was further offered to his extended family, and anytime Brad was asked to make a fishing trip, he was there with bells on.

Brad also enjoyed his "vacations" in the sugar beet field. He would drive trucks and tractors working sugar beet harvests for his cousins Lial and Don Sinn while on vacation time from his regular job.

Brad's three granddaughters: Carsen, Cobie, and Caedie Balaszi remember Brad for his unique brand of love and humor. Cobie says grandpa always asked, "Where's my hug today?" Carsen, when she spent summers with Brad, remembers that Friday's were for fishing, donuts, and burgers at Deer Haven Lodge. Caedie remembers very early on that grandpa would threaten to flush her down the toilet if she acted up.

At this time, no memorial services are planned, however a celebration of Brad's life will be held when the entire family can return to Worland in the coming months. The family asks that you think about your time with Brad and if you wish to share, please gather your stories to yak with his many family and friends.

In lieu of gifts or flowers, memorial donations can be made by mail to Wyoming Disabled Hunters at P.O. Box 2232, Cody, WY 82414 or online at http://www.wyomingdisabledhunters.org/ an organization dear to Brad's heart as his nephew Corey is a founding member.