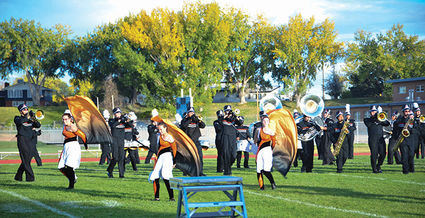 WORLAND – Last Saturday, Worland High School's marching band, Black Thunder, traveled to their state competition up in Casper. At this competition, Black Thunder faced off from 21 other schools in attendance.

According to band director Chad Rose, the band did amazing. "The band finished 4th overall, and 1st in 3A," Rose stated. "The color guard received one of two captions for auxiliary and...