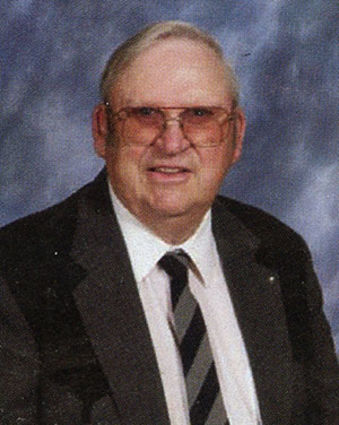 Stanley Melvin Cordingly, 86, passed away peacefully at his home on November 21, 2018.

Stan was born August 4, 1932 in Upton, Wyoming to Vernie Arthur and Florence Mae (Adkins) Cordingly. He graduated from Upton High School in 1951. Stan served as the Captain's Yeomen during the Korean War and was honorably discharged in 1955. On October 16, 1953, he married the love of his life, Lola Belle Dowdy and to that union four children were born. After his military service, the couple returned to Upton where they ranched until moving to Thermopolis in 1970. Farming and ranching continued to be a part of his life along with being the transportation supervisor for Hot Springs County School District where he retired in 1994.

Stan was a very active member of his church serving Deacon and Sunday School teacher. He was proud and passionate about his work and partnership with the Gideon's Association where he served in several offices and thoroughly loved passing out Gideon Bibles to hotels, prisons and schools.

The list of activities that Stan enjoyed doing with his children and grandchildren are countless. He was an avid fisherman and has passed that trait on down through the generations. Camping, hunting, traveling and four-wheeling to enjoy God's beautiful creations were just some of the hobbies he enjoyed partaking in. Stan was involved in his community and served on several boards including the Lucerne Water Board, Owl Creek Irrigation District, Farm Bureau and the Senior Citizen's Board.

Survivors include his wife Lola; children, Kent (Sharon) Cordingly of Thermopolis, Cindy Longwell of Gillette, Linda Boelens of Riverton, Kurt (Loma) Cordingly of Boise, Idaho and sister Fern Blakeman of Sundance. He is also remembered by nine grandchildren and 19 ½ grandchildren.

Funeral services will be held 10:00 a.m. Monday, November 26, 2018 at the Risen Son Baptist Church. Burial will follow at Monument Hill Cemetery. Visitation for family and friends will be held from 9:30 until the time of services at the church. Memorial donations may be made to the Gideon's c/o Bryant Funeral Home, PO Box 524, Worland, WY 82401. Bryant Funeral Home is assisting the family with the arrangements.