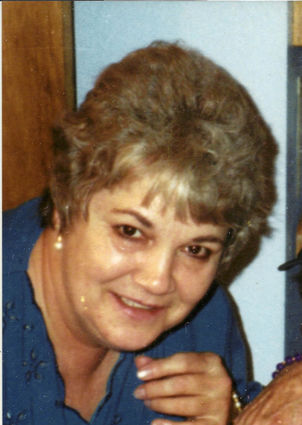 Miss Phyllis Jean Henning, 81, passed away just before dawn on Wednesday, December 5, 2018, at the Thermopolis Rehabilitation and Care Center. Phyllis was the first child born to Frank D. and Gladys (Keslar) Henning on January 24, 1937, in North Platte, Nebraska. She attended public school in North Platte and it was there she first learned the typing and short-hand skills that she would use throughout her adult life as a very efficient and trustworthy secretary. Upon her 1955 graduation from North Platte High School, Phyllis was the junior high principal's secretary , much to younger brother Frank's chagrin as she was then able to report any of his misdeeds to their parents.

After a few years Phyllis moved to Salt Lake City, Utah, before moving on to Denver, Colorado, and was a proud member of the Pipefitters Union Local #208. Phyllis was a very talented athlete and enjoyed playing on many fast-pitch softball teams, including a semi-pro team. In an era before equal opportunity was offered to women in more sports, Phyllis endured many painful injuries but did not give up her drive to always be playing as hard and strong as she was able for the good of her team. Some of her sports mishaps caused her pain the rest of her life, yet even into her pre-retirement years Phyllis never missed a chance to join in on the Family Reunion softball and volleyball games. Living in the Denver area exposed Phyllis to the Bronco virus. During the NFL salary walk-out she proudly walked the picket line alongside the Bronco players at the old Mile High Stadium. She remained a true Fan all her life. When Denver finally got the Colorado Rockies Phyllis had found another team to follow with her drive and spirit.

Phyllis had a very soft heart for furry, fluffy, lovable dogs and had shared her home with many different breeds throughout the years. Being an extremely talented artist Phyllis painted many beautiful pictures while in Denver and the walls of her home in Thermopolis were a showcase of her work. Her family recalls one Christmas holiday when Phyllis used a paste of ordinary scrubbing powder and water to paint a winter wonderland on the large mirror above the couch. Nobody wanted to be the kid that had to scrub the beautiful wintry scene from the mirror and it stayed up long after the New Year. Phyllis also did much historical research on the family genealogy.

After her retirement in 1999, Phyllis chose to move up to the Thermopolis area to be closer to her extended family. Shortly after, she took on the job as the Town of Kirby Clerk/Treasurer. She held that position until the tragedy of the 9/11 attacks, when she chose to fully retire and enjoy her family and friends. Phyllis started playing a weekly game of pinochle with a revolving group over the next few years. She also enjoyed the card games at the Thermopolis Senior Citizen Center and still played with the hard grit and determination from her athletic days.

Phyllis never married and was preceded in death by her father in 1984, her mother last month at age 101, and brother Hobart Henning in 2015. She is survived by her brother Frank (wife Teri) Henning of Thermopolis and their children and grandchildren. And Phyllis' siblings from her father's second marriage and blended family which included: brothers Ed (Mary) Henning of Worland; Jim (JoEllen) Henning of Gillette; Johnny (Verlanne) Johnson of Houston,TX; Chuck (Kathy) Johnson of North Platte, NE; and sisters Carol (Earnest) Slagle of Kirby; LauraLee (Gary) Nash of Worland; Susan Ragland of Douglas; Billie (Freddie) Redus of Seguin, TX; and their families. Also left mourning Phyllis is her close friend and loving, dedicated caregiver Nina Carroll of Thermopolis.

The family wishes to extend their thanks and gratitude to the many caring people at TRCC and to her fellow residents who became cherished friends.

Per Phyllis' wishes cremation has taken place and a private family memorial will be held at a later date for her and her mother together.