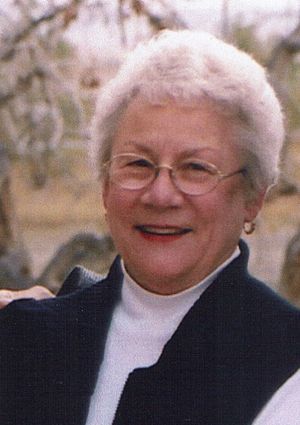 Twila "Jean" Paumer 86 passed away peacefully at the Wyoming Retirement Center on November 22, 2018. Jean was born on August 12, 1932 to Ralph and Elma Funke Sand in Hollenberg Kansas. The family moved to Powell Wyoming when Jean was four years old. After she completed her schooling she worked at Moyers Drug where she met George Paumer while he was attending college. George and Jean were married July 2, 1950. Shortly after they married George was called to serve his country. Jean lived with her aunt and uncle and continued to work at the drug store until his return.

In August of 1952 George and Jean welcomed their first son Rich followed by Steve in 1953 and Dave in 1955. Jean was a very busy stay at home mom. George and Jean moved to Hyattville in 1959 to start ranching on the Paumer Family Ranch. Jean worked on the ranch side by side with George and the boys. She was very active in the community and loved playing bridge with her friends

In the early 1970's Jean owned and operated the Manderson Grocery Store. In 1986 she went to work as a cook at the Manderson School. According to the students Jean was the best cook ever. George and Jean sold the ranch in 2002 and retired to Basin.

Watching her boys and then her grandchildren play sports was a big part of Jean's life. Being on the sidelines or in the stands cheering for them was one of her favorite things in life. Jean also loved to read, watch pro football and basketball and play bridge. After she retired Jean played bridge three to four times a week until her illness made it hard for her to play.

Jean was preceded in death by her husband George, her parents, and her brothers Bill and Tommy Sand.

A memorial service will be held Sunday, December 30, 2018 at 2:00 pm at the Atwood Funeral Home Chapel in Basin. Inurnment will take place at Mountain View Cemetery following the service.

Arrangements have been entrusted to Atwood Family Funeral Directors.