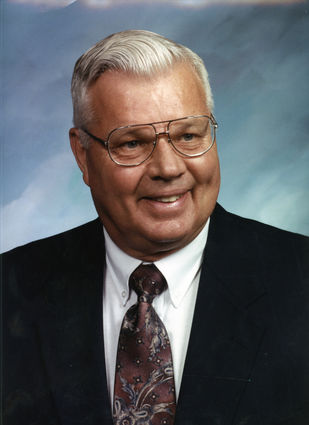 David Joe Lynch, 87, passed away on December 30, 2018 at the Washakie Medical Center with his loving wife by his side.

David was born July 8, 1931 to Donald Thornton and Hazel Amelia (Wiesner) Lynch in Glendive, Montana. He grew up and graduated from Dawson High School in 1949. He attended Montana State University as well as Dawson Community College before marrying his high school sweetheart, Wilma Rae Railey on July 9, 1952. To this union was born four children, Davida, Kent, Nancy and Dan.

David started working for Montana-Dakota Utilities in January of 1952. The family moved to Crookston, Minnesota in 1961 where he became the chief accountant for MDU. The family then returned to Miles City in 1967. David and Wilma relocated to Worland in 1980 when he took the job of a Compressor Operator for Williston-Basin (a subsidiary of MDU). He continued working here until his retirement in 1992.

He spent many years in the Boy Scouts of America, serving as a Scout Leader, Scout Master and as District Commissioner. He was honored to receive the council-level distinguished service award, the Silver Beaver in 1967.

David loved the outdoors, camping, fishing, hunting and canoeing were his favorites. He was always in the market for the next vehicle to purchase. David had a wonderful sense of humor. He loved to laugh and make others laugh with him. Going out to eat was a favorite pastime as was giving each waitress a hard time. Other hobbies included playing cards and meeting friends for coffee at local restaurants.

He was preceded in death by his parents, brother, Donald J. and sister, Kathleen M. Ayers.