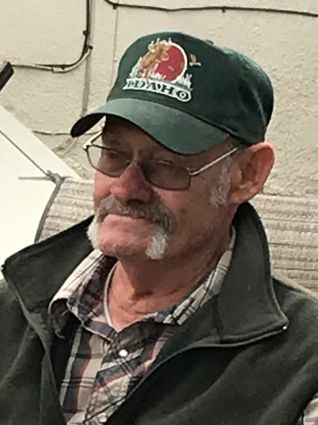 Thornton Dode Harrison, beloved husband, father, grandfather, and great grandfather passed away on January 5, 2019 at his home in Basin, WY with his wife by his side. Dode was born February 8, 1951 in Cody, WY to Helen Mar Ives & Vern Harrison. He was the only boy with three sisters Judy Rae, Verna Kay, and Rita Ann.

Dode attended Greybull schools for his elementary, middle, and high school years. He graduated from Greybull High School in 1970. He was active in football, basketball, and FFA.

Dode attended Northwest College for one year then served a mission for The Church of Jesus Christ of Latter-day Saints in the British Columbia Mission, which was one of his fondest memories.

November 23, 1974 Dode married his eternal companion, Juli Kay Akin in the Provo Utah Temple, where they were sealed for time and all eternity. Dode and Juli were blessed with 5 children, Tammy, Timmy, Tony, Teri, & Travis. Dode farmed with his father, Vern, for 16 years on Emblem Bench.

Dode's wife, children, grandchildren, and great grandchildren were his pride and joy. He enjoyed spending countless hours with his family and most of all teasing the grandchildren. "We are grateful knowing that this isn't the last time we will be with you again! You have built an unbelievable legacy and taught us the true meaning of Cowboy Up!"

Dode overcame many trials during his time on Earth which molded him to be the honorable man he was. A close family friend shared with the family her portrayal of the relationship dad and mom had and the family cannot say it better than she did. "You two were as one – sending a message of how great marriage is through sad times, joyous times, worrying times, but always together." Dad was one in a million.

Dode built a legacy that this family will honor and carry on.

Dode was preceded in death by his parents Vern and Helen Harrison.

Haskell Funeral Home is handling funeral arrangements. The family would like to thank all those for the compassion and abundance of sympathy shown to our family at this time.

"God Be With All of Us Till We Meet Again, dad."