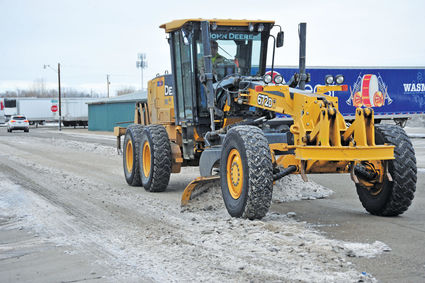 City of Worland crews work to remove packed snow and ice from along the curbs around the city. The city is also working on an ordinance to prohibit snow from being shoveled out into the street.

WORLAND - The Worland City Council will be considering an ordinance to address snow being shoveled into city streets.

City Attorney Kent Richins said he was preparing an ordinance that he hoped to be able to present to the council for review at the Feb. 5 meeting. He said currently city code restricts certain items like litter or other debris from being pushed from the sidewalk into the street...