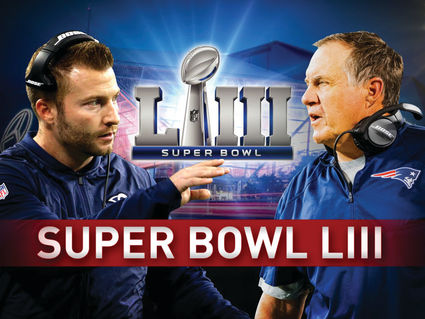 Poor Saints fans, another bitter end to a promising season, at least the fans living in New Orleans can drown their sorrows in shrimp Po' Boys, gumbo and other delicious Cajun and/or Creole dishes. Those outside the city, it's going to be a terribly long offseason in which Drew Brees is a year closer to retirement.

Now that feeling sorry for the Saints is out of the way with, this Saints martyrdom is getting out of hand. It was a bad call and without any embellishment, the worst missed penalty in NFL history. But the people responsible for the Saints loss in the NFC Championship game, are the Saints themselves.

New Orleans could have put up 21 points in the first quarter, instead, they only put 13 on the board. They had a chance to stop Goff and the Rams in regulation after the bad call. They're at home and got the ball first in OT and turned it over. And they could have stopped Goff and the Rams in OT but failed. They lost that game because they couldn't execute and they have no one to blame but themselves.

The No. 1 takeaway from NFC Championship game isn't if the NFL needs to start allowing replay reviews of PI or other judgment calls. (Good lord no, do we really want to spend five and a half hours watching a football game?) It's this, the officials will not save you and if you are relying on the zebras to help you, you've already lost.

Over on the AFC side of things the big complaint is if the NFL needs to change the OT rules? For the record, I like the OT rules as they stand but I'd be open to one tweak for the playoffs. The best tweak would be getting rid of the coin toss in both regulation and OT and giving the home team the option to defer or receive the ball. That would make the battle for home-field advantage during the regular season that much more intense.

Outside of that change, not much needs to be done. I get it was disappointing that Patrick Mahomes didn't get the ball in OT but there were four 15-minute quarters before that he could have done something. Plus, the Chiefs defense could have made a play at any point in overtime to help Mahomes out.

The Pats had a better game plan, were the better team and earned their fourth Super Bowl trip in five years.

There are a lot of good narratives surrounding this Super Bowl but my favorite is the life and death of the Patriots dynasty. Brady and Belichick's reign over the NFL began with a 20-17 win over the Rams in Super Bowl XXXVI but it's going to end with a loss to the Rams in 53.

Rams coach Sean McVay is the heir apparent to Belichick as the league's best head coach. From the moment he got the L.A. job, McVay has been unfazed by the enormous amount of pressure dumped on him. The narrative when he got the Rams job was he was too young and wouldn't be able to connect with his players. He wins 11 games in his first season and makes the playoffs. This year the Rams brought in a bunch of strong personalities like Ndamukong Suh, Aqib Talib and Marcus Peters some predict he doesn't have the acumen to hold those guys accountable. The Rams win 13 games and grab the No. 2-seed in the NFC.

Then before the start of this year's playoffs, people got annoyed that anyone who has even talked to McVay, including his Uber driver, landed a head coach or coordinator job. That leads to more pressure saying if he doesn't beat the Cowboys in the divisional round, then he's no genius and just another fraud. The Rams beat down the 'Boys and now all is quiet on the McVay Hater Front.

This was my least desired Super Bowl, but after looking everything over I've done a 180. There's going to be plenty of fun stuff to watch for. This game is going to be an awesome chess match between two tactically brilliant minds. The player battles are going to be entertaining too, Brady vs. Talib/Peters, the Pats backs vs. the Rams linebackers, Gurley vs. the Pats linebackers and Aaron Donald vs. the Pats O-line.

There are some interesting odds for Super Bowl MVP and my favorite dark horse candidate is Donald at 20/1. He wrecked the Saints O-line in the NFC Championship game and I think him going wild on the Pats is pretty favorable.