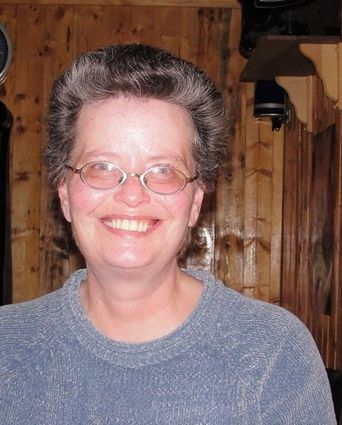 Cari was born in Lusk, WY on April 21, 1962, to Ron and Twyla (Canaday) Gladson. Two years later she was joined by her brother Ron. In 1965 Ron and Twyla moved the family to Worland, WY. She graduated from Worland High School in 1980.

In 1981 Cari married Mike Westfall in Worland, WY. To this union they had two children, Vicki and Steven. They later divorced in 1991.

In 1992 Cari married John Graham, to this union she gained two more children, Jessi and Dusty. In 1993 Cari joined Hoiness Labar Insurance. From day one she was known as the sweetest insurance lady around. When the Hoiness Labar Insurance closed in 2006, she went to work for County Title Agency. When the Title Agency closed Cari focused on spending more time with her family.

Anyone that knew Cari knew that Sundays were reserved for NASCAR. Her proudest moments were when she saw her grand-daughter Nicole graduate High School and her youngest grand-daughter Sarah start Kindergarten. From all walks of life, you couldn't help but fall in love with her. She was a loving wife of 26 years, a loving grandmother, and mother. She was also known as Mama Cari to all her "adopted" children. Her heart was made of gold and she was one of a kind.

She was preceded in death by her maternal and paternal grandparents, four uncles, three aunts, and her cousin Tony.

Cremation has taken place. Memorial services will be 11:00 am, Saturday, February 16, 2019 at The Church of Jesus Christ of Latter-day Saints in Worland, WY. Memorial donations may be made to the Washakie County Library in care of Bryant Funeral Home, PO Box 524, Worland, WY 82401. Online condolence may be made at http://www.bryantfuneralhomeonline.com.