The future of hemp in Wyoming 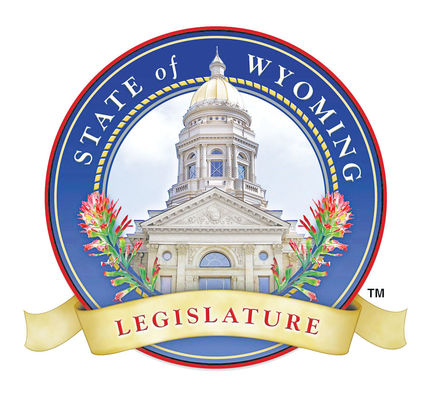 WORLAND - With the Wyoming Legislature seeking to authorize funds to establish an industrial hemp pilot program, WESTI Ag Days organizers made sure to include a discussion of hemp on the agenda last week.

Washakie County Extension Educator Caitlin Youngquist provided some facts she had researched regarding hemp. She said hemp has not been grown in the United States since 1970 and, in fact, the last commercial field was in 1957.

She said there are many cultivars from the hemp plant and industrial hemp is found in fiber, seed and cannabidiol (CBD). Another cultivar is THC, commonly referred to marijuana.

The seeds from hemp can be used for food, the oil for paint and personal care products and the fiber for fabric, insulation, carpeting and cordage (rope).

"There's a lot of different uses of the plant depending on what cultivar is grown and how it's processed," Youngquist said

The CBD is produced by female flowers and has been used to treat epilepsy and pain. It is a high value specialty crop, Youngquist said.

With the U.S. having just recently declassified hemp as a controlled substance, Canada and China produce most of hemp that the U.S. imports. She said

Industrial applications were at 18 percent and consumer textiles 14 percent.

Things began changing in the U.S. in 2014 with that year's Farm Bill, that allowed hemp to be grown as research projects and 10 states began pilot programs administered by universities or state governments. The product was restricted from any interstate transport.

In 2015 the Wyoming Legislature, in response to the 2014 Farm Bill, approved legislation to allow supervised use of hemp extracts for medicinal treatment including epilepsy.

In 2017, the Wyoming Legislature passed legislation designating hemp as an agricultural crop, approving a pilot program but providing no funding for the program.

States and tribes may submit plans to U.S. Department of Agriculture to implement a hemp regulatory program.

This year the Wyoming Legislature is working on House Bill 171 that provides funding of $120,000 for a full-time position and $315,000 to set up the hemp regulation program including laboratory supplies and equipment, testing, employee training.

The bill unanimously passed the House on Feb. 5. It received introduction in the Senate and was passed out of the Senate Agriculture Committee Thursday. Sen. Wyatt Agar (R-Thermopolis) said the bill was scheduled to be before the Committee of the Whole on Tuesday and he was planning on bringing forth an amendment.

He said, "My one worry is that it only allows for one annual testing instead of random testing. His amendment would change it to allow for a random testing that would give the state more flexibility.

The bill was referred to Appropriations Tuesday. Bills had to come out of committee Wednesday in order to continue in the process.

Questions that arose during the WESTI Ag Days discussion included:

•If farmers grow hemp where do they sell it. Extension Educator Jeremiah Vardiman said, "We're in a race. Whoever can establish manufacturing will be the hub."

•Who would test the THC? Youngquist and Vardiman said current pilot programs in other states have the state providing testing of the THC throughout the growing season. Wyoming's testing is still being worked on in HB 171.

•There is limited options for insuring hemp crop.

Former legislator Mike Baker said, "Wyoming has a good reputation for growing seeds for others to grow. If it grows in Wyoming it will grow anywhere." He added that Wyoming's niche could be in developing a seed service and certifying clean seed to other states.