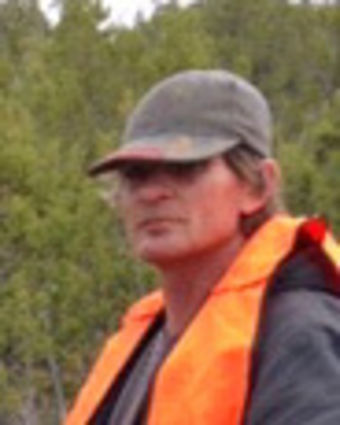 Chris was born on October 11, 1972 in Worland to Merlin Dean and Susan Rae (Lewis) Short. He grew up playing in the canal, shooting guns, racing BMX bikes and riding dirt bikes in the hills. When he was 3 or 4 years old, he earned the nickname "Bug" for one of two reasons. He accidently lit the kitchen on fire thus earning the name "firebug" and he was seldom seen at that age without some sort of creepy-crawler in his possession. As he grew, he found responsibilities helping his father in Short Brothers Drilling. At an early age, he enjoyed being around the water well and oil rigs. This led to his career helping his dad and later working for MJ Drilling out of Buffalo until the time of his death.

He married Jerena Pollock on August 22, 1997 in Las Vegas, NV. He later adopted her son, Brandon.

Chris had a big heart and would do anything to help another. He was not a man of many words, but would quietly observe those around him. He was friendly to everyone and knew how to push the limits of life. He was an avid risk taker which led him to many adventures. They may have not been wise adventures, but Chris sure thought they were fun.

He was preceded in death by his Aunt Kay Soneson, and cousins, Tim and Andy Soneson and Gage Fyffe.

Funeral services will be held 1:00 p.m. Tuesday, February 19, 2019 at the Bryant Funeral Home Chapel with Nathan Douglas of the Sovereign Grace Bible Church officiating. Burial will follow at the Riverview Memorial Gardens Cemetery. Visitation for family and friends will be held 6:00 p.m. Monday evening at the Bryant Funeral Home Chapel. Online condolences may be made at http://www.bryantfuneralhomeonline.com.