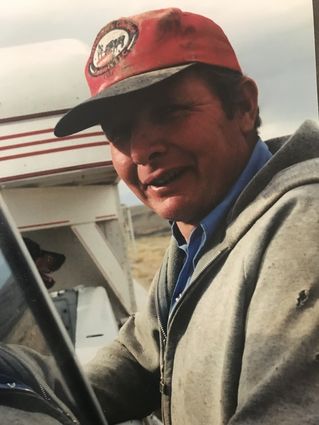 Mullins was born on September 15, 1953 in Worland, Wyoming to Richard Emmitt and Ruth Naomi (Kresha) Mullins. He graduated from Manderson High School in 1972 and then earned his Associates Degree from Northwest College. He met Linda Katherine Barber during a college field trip to Sheridan at a sale barn. They were looking at the same bulls and sparked up a conversation which was the beginning of a 'best friends' relationship. They were wed on June 28, 1975. To this union were born three daughters, Amanda, Jess and Michelle. The family made their home on the ranch that had been in the Mullins family for over 100 years.

Cecil loved all aspects of ranching, but each spring the new arrival of baby animals was his favorite. He instantly fell in love with each new addition to the ranch. "Worthless" and "Squaw" were his favorite horses. His animal family was second only to his children and grandchildren.

Outside the ranch Cecil enjoyed bowling, although he felt he wasn't very good. He spent a lot of time watching his girls achievements and was their biggest cheerleader. He was active in the Knights of Columbus and served as a School Board Member for 12 years. He also volunteered as a firefighter for 20 years, serving over 10 of those as the Manderson Fire Chief. Cecil was awarded "Pork All-American" for the State of Wyoming in 1992. This prestigious award recognizes premier young pork producers in the United States.

He was preceded in death by his parents and one sister, Charlette Youst.

Mass of the Christian Burial will be held 10:00 a.m., Saturday, March 9, 2019 at St. Mary Magdalen Catholic Church. Rosary will be held 7:00 p.m. Friday, March 8 at the church. A private family inurnment will be held Tuesday 10:00 a.m. in the Basin Cemetery. In lieu of flowers, the family has requested to have memorial donations be made to the Cecil Mullins FFA Scholarship Fund c/o Bryant Funeral Home, P.O. Box 524, Worland, WY 82401. Online condolences may be made to bryantfuneralhomeonline.com.