Remains found in trunk in 1992 to be buried 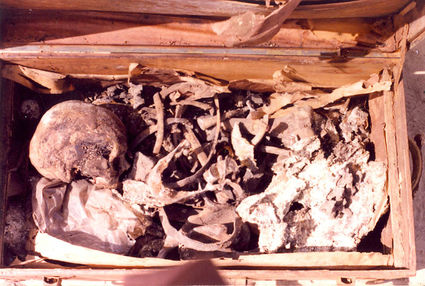 These bones found in a trunk near Thermopolis are finally going to be given a resting place. The remains, identified as those of Iowa resident Joseph Junior Mulvaney, will be interred in Iowa following a military memorial service in Cody.

THERMOPOLIS - Joseph Junior Mulvaney has been waiting literally decades to find his final resting place and that time is finally coming.

Known as the "skeleton in the trunk", Mulvaney's remains were finally identified on October 26, 2017, through a DNA profile at the state crime lab in Cheyenne.

His body had been originally found in a trunk on Newell Sessions' property in 1992 and the mystery...