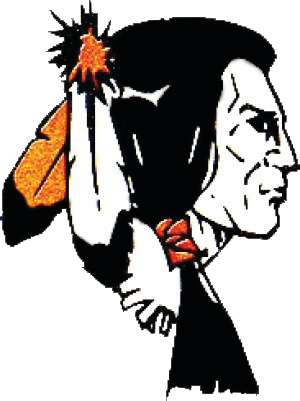 WORLAND - While most of the track and field meets around the state were canceled due to weather, the Worland Warriors and Lady Warriors were able to get a meet under their belt. Competing at the Wind River High School Invitational in Pavillion, the Warriors placed second scoring 72 points as a team while the Lady Warriors finished sixth scoring 43 points.

"It was a good day," said WHS track and field coach Tracey Wiley. "Alexa [Caballero] automatically qualified for state in the discus. She didn't [qualify in] shot but she will. Just two weeks ago she was playing basketball at regionals then here she is qualifying for state. She's a true athlete that lifts and works out year round and I hope that's a good motivator for our freshmen. If you want to be successful you've got to be lifting and working year round."

"Donavin Koch went and won the high jump. He just missed out on qualifying for state. We didn't get to practice the high jump at all the last two weeks because of the weather. But he goes and just does it and wins it. I was real proud of him for that," Wiley added.

The Warriors top point scorer was junior Koch with 22 and for the Lady Warriors senior Caballero brought in 20 points for her team.

Getting their first meet under their belt while much of the state's teams were either still practicing or had a meet canceled was a positive for the Worland athletes. Particularly, the freshman Worland athletes benefited the most from last week's meet.

Wind River was a good introduction to high school track and field and for those freshmen who had success, a big confidence booster going forward.

"We've gone to Casper to start the season the last three years. There are a lot of schools there and it tends to go late into the evening, and it is good competition," said Wiley. "A month ago we decided we'd try out Wind River and it was great. The weather was beautiful and Maren Cottrell got 10th in the discus out of 35 as a freshman. Christian Peterson got 10th out of 54 in the discus."

"Those are confidence boosters and we were happy to go to Wind River. It was all very good, Wind River ran a very nice meet."

Worland's next meet is this Saturday at Cody High School for the Yellowstone Sports Medicine Invitational. They still won't be at full-strength but Worland still figures to have plenty of their athletes competing in Cody.

"It will be another good meet, Cody always runs a nice meet. I won't have a full team again since this is the start of our spring break. So some kids will be with their families which I understand and I'm cool with that. We're still going to take quite a few kids so we should have another good meet for us," said Wiley.

Worland's point scorers from the Wind River Invitational are as follows