WORLAND – While the Food and Drug Association (FDA) has taken up the decades-long debate over breast implant safety, one local woman is fighting her own breast implant battle. 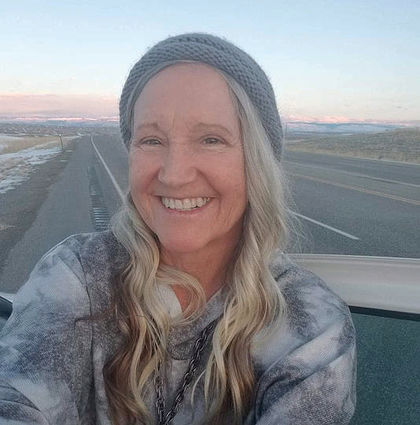 WORLAND – While the Food and Drug Association (FDA) has taken up the decades-long debate over breast implant safety, one local woman is fighting her own breast implant battle.

In February of this year, the FDA alerted more doctors of a rare cancer with breast implants. According to Associated Press, the FDA sent a letter to family doctors, nurses and other health professionals warning about the form of lymphoma that affects breast implant patients.

The disease, referred to as breast implant-associated anaplastic large cell lymphoma (BIA-ALCC) has no firm agreement among health care providers on the exact frequency of the disease.

One of the women affected by this disease is Worland resident, Betty Jo Jacks.

Jacks first received her implants, in 2003, when working as a bartender after watching so many new hires come in who had undergone surgeries for implants.

"One of the bars next to the one I worked at was actually paying for the young girls to get boob jobs," Jacks said. "It was one of those things where I felt like I needed to do it in order to keep up with society and to keep up with what the men wanted to see behind the bar. Looking back now, I'm very sad that I allowed my brain to think it was like that."

However, upon agreeing to the surgery, Jacks wasn't told anything about the safety of the

implants. She explained that she felt as if the system had let her down.

Jacks claimed to also having never been told about the simple safety of the implants, such as having to have the implants removed every 10 years.

"Lifetime is what I was told," she said.

"I thought the Hippocratic Oath was to do no harm, but how are these doing no harm?" Jacks asked.

After complications with the first surgery, Jacks was put on antibiotics for a year.

A year after her implant surgery, she had surgery to repair the implants.

Jacks said the same surgeon had to go in and "repair my chest because he ripped me out too far on the sides then he put a different set of implants in and I think he left the capsules in and scar tissue from the first ones,"

Jacks said that she felt sick right away. She reported chest pains and said she has been feeling ill ever since the surgery.

In July 2018, Jacks began to endure issues such as face sores, brain shingles, brain fog and even liver failure.

"Three weeks ago, I was cleaning out my closet so my kids wouldn't have to because I felt like I was dying, literally, I felt it. I was having PVCs [premature ventricular contractions], random blackouts when I was standing up...heat flashes...brain fog."

Jacks is now looking forward to a planned surgery on April 25 to get the implants and the capsules that encompass the implants removed, which she hopes will set her on the road to recovery with the help from Facebook fundraisers.

"I'm a firm believer that God doesn't let anything happen to you that he won't be able to use for your good," she said. "If because of what I went through, I can help be a voice to help stop the madness, the craziness that thinks plastic boobs are going to make you a better person."

This disease is not cancer of the breast, but is usually formed in the scar tissue that forms around implants. The FDA had been tracking reports of the cancer for years and had officially confirmed its link to breast implants in 2017. FDA officials stated that they had identified 457 likely cases of the cancer since 2010, including nine deaths. Within the last year, the FDA said it received nearly 250 new reports of the disease. However, many were duplicate reports or were missing key information.

Even with the updated numbers, the disease still appears to be extremely rare, considering 400,000 U.S. women receive implants annually.

The disease is just one problem of many that have come up with breast implants. The FDA's efforts to monitor problems with implants have reportedly long been hampered by its system for tracking injuries and malfunctions with medical devices.

Last month, the FDA held a two-day meeting to discuss the ties from implants to cancers. A panel of experts from the association heard from researchers, plastic surgeons and implant makers, along with women who believe their ailments were caused by the implants. However, according to documents released before the meeting, the FDA regulators said it's "impossible" for them to determine the frequency of the cancer due to the fact that the United States doesn't track the total number of implants on the market.

Alongside the disease, thousands of women have reportedly blamed their implants for a host of ailments, including rheumatoid arthritis, chronic fatigue and muscle pain. However, in the documents, the FDA reiterated its position that "there is not sufficient evidence" linking them to breast implants.