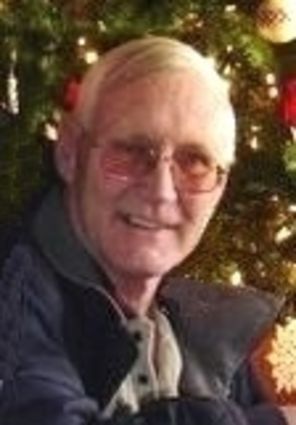 Lloyd was born June 24, 1942 in Washington, D.C., the first son of Elmer and Margaret (Farlien) Scott. When he was eight years old, the family moved to Worland, Wyoming. He attended school in Arlington, VA and Worland, graduating from Worland High School in 1960.

He attended the University of Wyoming, where he graduated in 1965 from the School of Pharmacy. He accepted a commission in the US Public Health Service, a division of the Coast Guard, and worked in Baltimore, MD and Crow Agency, MT. After working at St. Vincent Hospital in Billings and the Albuquerque, NM VA Hospital, he returned to the USPHS and spent time in Rockville, MD, Parker, AZ, Shawnee and Wewoka, OK, Sells, AZ, Taos, NM, Chinle and Inscription House, AZ, retiring in 1989 with the rank of commander.

After retiring from the USPHS, Lloyd moved back to Worland and spent time traveling in Europe, Mexico, Central and South America and the Middle East. He lived in Chapala, Mexico for many winters where he became a patron for the Mexican Children, buying them soccer equipment and uniforms. During Lloyd's time in Worland, he worked at Washakie Memorial Hospital until 2015. He never married.

Lloyd was an avid stamp collector his whole life. He also enjoyed his yard and for some years had a huge garden. While in Parker, he had a boat and traveled up and down the Colorado River. He enjoyed motorcycling and 4-wheeling.

He was preceded in death by his parents and niece, Debby Saiyo.

Graveside inurnment services will be held 1:00 P.M. Tuesday, May 21, 2019 at Riverview Memorial Gardens Cemetery. Military Honors will be provided by American Legion Post #44. Memorial donations may be made to the New Hope Humane Society c/o Bryant Funeral Home, PO Box 524, Worland, WY 82401. Online condolences may be made at http://www.bryantfuneralhomeonline.com.