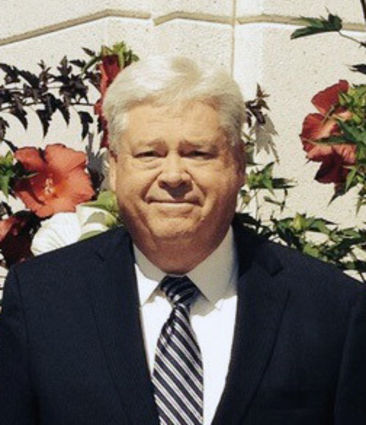 Robert Welch Paris, 75, passed away Monday, April 15, 2019 peacefully in his home from natural causes. Bob was born February 19, 1944 in Worland, Wyoming, the son of Herb and Helen (Welch) Paris. He was married 54 years to his sweetheart, Jean Gorst (Paris). Bob graduated from Worland High School. He was an Eagle Scout and lettered in football, basketball, track and band. He then attended and graduated from BYU in Provo, UT and completed The University of Nebraska School of Dentistry. Bob spent the majority of his life on Coburn Avenue; in his childhood home, family home and dental office. He practiced family dentistry in Worland for almost 40 years.

Robert was a faithful member of The Church of Jesus Christ of Latter-day Saints and served in many capacities, including Bishop and Stake President, and as a sealer in the Billings, Montana Temple; a calling that was dear to his heart. He loved and most enjoyed spending time with his grandchildren, having family dinners, fishing and road trips. Boating in Yellowstone and time at family cabins were particular activities he loved dearly. He was passionate about genealogy and spent many, many hours over the years working on family history. He served a family history mission for The Church of Jesus Christ of Latter-day Saints for about two years.

Bob was preceded in death by his parents, Herb and Helen, and his brother Scott Paris. He is survived by his brothers Charles and Mark and sisters Kay and Lynn, his wife Jean, and their children; Jacque Baldwin (Joel) of Worland, Gretchen Gillette (Kyle) of Gillette, WY, Jason Paris of Casper, WY, Sara Cady (Steve) of Worland, Ann Stanz (Brian) of Denver, CO, Martha Comin (Jeremy) of Billings, MT, and Jessica Brown (Mark)of Delhi, LA, as well as 30 grandchildren. Bob and Jean have 8 great-grandchildren with 3 on the way.

Funeral Services will be held 10:00 AM Saturday, April 20, 2019 at the Church of Jesus Christ of Latter-day Saints Stake Center in Worland. Burial will follow at Riverview Memorial Gardens Cemetery. Visitation for family and friends will be held one hour prior to services at the church. Memorial donations may be made to Washakie County Library c/o Bryant Funeral Home PO Box 524, Worland, WY 82401. Online condolences may be made at http://www.bryantfuneralhomeonline.com.