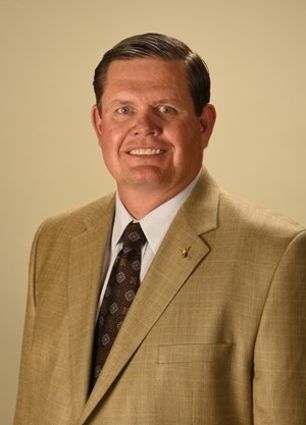 LARAMIE – The most successful coach in University of Wyoming women's basketball history is calling it a career.

Joe Legerski, 61, announced on UW's Twitter account late Wednesday afternoon that he is retiring after 16 seasons as the Cowgirls' coach.

The message was in letter form from Legerski.

"The past 16 years have been an amazing journey for the Wyoming women's basketball program, and for me personally," he wrote. "In May of 2003, I was appointed the head basketball coach for the University of Wyoming. The years have seen more highs than lows, and we were able to move from playing in front of a few hundred Wyoming fans to thousands over time. The highlight being the WNIT championship and a sellout in the (Arena-Auditorium in 2007).

"I have made the decision to retire as the head coach of this great institution. It is nice to be able to make this choice at this time of my life. I am truly indebted to the administration, support staff, coaches and players that made Cowgirl basketball such a success.

"Finally, the Wyoming fans have embraced (wife) Jamie and I, truly making Wyoming a special place to live and work.

"I wish the University of Wyoming athletic department, and specifically Cowgirl basketball, all the best in the future. Forever a Cowgirl!"

Legerski's record at UW was 314-185 at UW, which was his only Division I head coaching job. The Cowgirls finished this past season 25-9, played in their first Mountain West Tournament championship game and advanced to the quarterfinals of the WNIT where they lost at Arizona.

Legerski guided UW to the 2007 WNIT title. He was a three-time MW coach of the year, and he coached five All-Americans for the Cowgirls.

A UW athletics spokesperson said Wednesday that Legerski wanted to announce his retirement this way, and also said Legerski will be available to the media today.

The Cowgirls have not announced a replacement for Legerski. UW athletics director Tom Burman issued this statement on UW's Twitter account: "I respect Joe as much as anyone who I have worked with in college athletics. I will miss him more than I can say, but I have to respect his decision to retire fro the head-coaching job here at the University of Wyoming.

"I can't thank Joe enough for everything he has done in building Cowgirl basketball into the outstanding program it is, from successes too numerous to name on the court to successes his players have achieved off the court.

"He is a great colleague and friend. He has always been a team player for our athletics department, and he has been a great mentor to so many young women who played for him, and to so many coaches who have worked for him. We will miss him being on the sidelines, and I know Cowgirl fans will miss him, but we look forward to him continuing to be a part of our program as a Wyoming alum and a Wyoming fan.

Not long after the news hit Twitter, there were responses from friends and colleagues.

"Joe is simply the best! Will miss competing against him," posted Colorado State women's basketball coach Ryun Williams, who is from Gillette. "His teams were always so difficult to beat and there is not a classier person in the business. Happy retirement pal."

Legerski has a lot going on with his family right now. His step-son, Zane Beadles, and his wife recently had twins. Legerski's daughter, Madison, is getting married this summer. Legerski's son, Joseph, recently graduated from the University of Utah and is working in California.