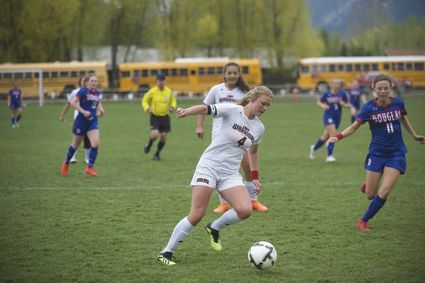 JACKSON - The Worland Lady Warriors needed only one goal to win their 3A State girls soccer quarterfinal match against the Douglas Lady Bearcats Thursday afternoon at Jackson High School.

The Lady Warriors 1-0 win advanced them to the semifinal where they will face the Cody Fillies. The past two seasons. Worland and Cody faced each other in the 3A State title match, a semifinal dual mixes things up this season.

On the other side of the bracket, Buffalo and Riverton will meet in the semifinal, Buffalo is the No. 1 East seed and Riverton the No. 2 West seed.

Look to next week's edition of the Northern Wyoming News on May 23 for a full recap of the Lady Warriors run through the state tournament.