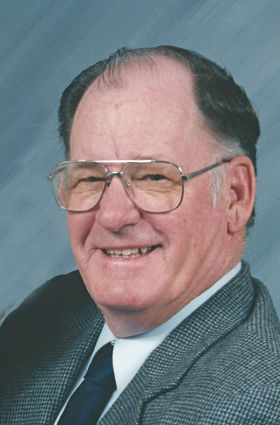 Keith Edward Noland, 87-year-old longtime Worland resident went to his heavenly home on June 1, 2019. He returned once more to the loving arms of his wife as he passed away in their home surrounded by family.

Keith was born on January 11, 1932 in Montour, Idaho to Maurice and Erma (Hendricks) Noland. Growing up in the 30's, like many others of that day, he learned the value of hard work at an early age. He put himself through high school and one semester of college by working for his uncle. After his first semester of college, a cousin's husband helped him get a job with Mountain Bell in Rigby, Idaho. He had found his life's work. He was part of the pioneer line crew who dug telephone pole holes by hand. He then helped place the mule team drawn telephone poles over Togwotee Pass which brought the first telephone wires into Jackson Hole, Wyoming.

It was also during this time that he met the woman who would become the center of his world for the rest of their lives, Gladys Althoff. The couple married on August 27, 1955 in Powell, Wyoming and to this union were born four children, Edward, Katherine, Sue and John. Each year the couple put in a large garden where they taught their children the benefits of hard work. They were good parents who raised their children with love and an abundance of opportunities to work and serve their neighbors. Keith took on a second job of caring for a retired couple's 40-acre ranch while the children were small. They learned firsthand how dedicated their father was to helping others in their time of need.

In 1974, they relocated to Worland where Keith was promoted to a district manager and oversaw the microwave long-distance transmissions as well as managing the office. His wife went back to work as a switchboard operator until the need for operators became obsolete. Keith retired in 1990 after 39 years with Mountain Bell. He was an active member of Kiwanis, he was proud to have helped Fran Scranton in getting Wyoming Health Fairs to come to Worland. He enjoyed helping organize that event every year, once again involving his children as volunteers. Big Brother's Big Sisters was another important part of his life. He always loved to "give-back".

He and Gladys took up golfing and bowling as their children left the nest. Keith received many awards in bowling. He bowled the Jackpot Doubles with John one year and received his highest series of 728 which won the tournament for them. He and Gladys were inseparable. They did everything from square dancing, playing cards, camping at Sunlight or Crandall Creek with friends, working in their garden and yard to having daily coffee at Maggie's. He enjoyed being able to take his lovely bride to lunch at Maggie's then they would take their beloved dog, Benny, on a car ride every afternoon.

He was preceded in death by his parents, his beloved wife of 63 years, Gladys on February 14, 2019, brothers, Roy and Vern.

Funeral services will be held 2:00 p.m. Saturday, June 8, 2019 at First Baptist Church with Pastor Jess Rollema officiating. Burial will follow at the Riverview Memorial Gardens Cemetery. Visitation for family and friends will be held one hour prior to services at the church. Memorial donations may be made to the Worland Senior Center, c/o PO Box 524, Worland, WY 82401. Online condolences may be made at http://www.bryantfuneralhomeonline.com.