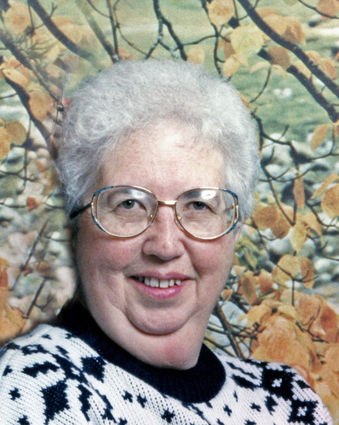 On May 30, 2019 at 7:40 a.m. the window was opened in Marilyn Yvonne Lindsey's hospice room and she flew out to be with the angels and her family who have already passed.

Marilyn Yvonne Lindsey "Bunny" was born in Rock Springs, Wyoming on February 23, 1936, the youngest of 3 children born to John P. and Doris (Cameron) Dorrence. She received her education in Rock Springs. As a little girl, she would spend hours playing with paper dolls. In high school, Bunny was on a baton team and was extremely good at twirling. She traveled with the band around Wyoming. She did well in her studies, but her love was dancing, which she did throughout her life. After her high school graduation in 1954, she went to Secretary School in Denver, Colorado.

Bunny met Guy Duane Lindsey in 1958 and the couple was wed on August 16, 1959 in Rock Springs. They lived for a short time in Jackson and Sheridan before settling down in Worland in 1961. Four daughters were born to this union, Lisa, Laura, Linda and Luanne.

She and Duane worked hard and played hard all their lives. They owned Lindsey Automotive from 1967 to 1985. Duane was the salesman and Bunny was the accountant. Together they made a great team. When they were not working, they dedicated their time in making sure their girls were taken care of in all possible ways. Bunny shared that they were a close family who loved spending time together and being active. They would go camping and fishing, plan vacations and spend time with their extended families. In addition to family, Bunny was a part of a bowling league and also played pinochle weekly. She enjoyed her friends by having coffee, going out to lunch, and having BBQ's. She faithfully followed her girls to all their sporting events and activities. In her spare time, she enjoyed crocheting and making beautiful latch hook creations. She was often busy keeping her home clean for unexpected yet welcome company. Visiting with others is something she enjoyed even in her last days. She considered everyone a friend and would talk their ear off if they would listen.

She was preceded in death by her parents, husband, Duane, on May 24, 2003, infant brother, Donald Paul, brother John P. "Jack" Dorrence, Jr. and sister, Evelyn Jones and her husband, Robert.