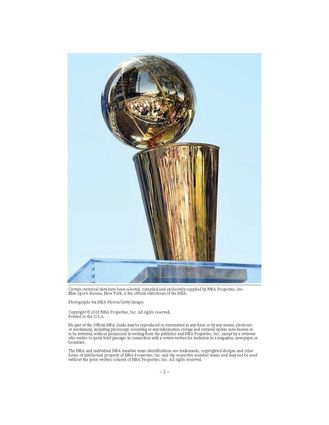 Getting this out of the way first, it stinks that Kevin Durant got hurt and is not only done for the remainder of the NBA Finals but also all of next season as well. And as is accustom in this day and age, everyone is looking to heap blame on someone.

Warrior's president of basketball operation Bob Meyers already took responsibility for having Durant out there. And since he did that we can just move on, anything else feels like piling for piling on sake. It's not like Meyers held KD's family hostage or anything to get him on the court. KD was out there because he's a competitor, wants to play on the biggest stage basketball has to offer and be there for his teammates.

Had KD played the entire game, the narrative would be absolutely different. Instead of headlines like "Who's to blame for Durant's injury?" the headlines would have praised Durant and the Warriors for such a bold decision "Durant rushes back from injury to save Warriors" or "Durant, Warriors daring move pays off". It's all a bummer is what I'm trying to say.

Here's to hoping that KD comes back stronger than ever when he suits up for the Knicks in the 2020-21 season.

Now onto the game.

I really hope that the Warriors can finish this thing off because Game 5 was incredible and I don't want to see that game be lost in the mix of a Raptors Finals victory. The defending champs were on the ropes, they lost their best player to injury and had a crucial role player, Kevon Looney, leave the game because of injury too.

And after leading most the game, the Warriors gave up the lead and were down by six, on the road with three minutes remaining. Thankfully, Raptors coach Nick Nurse called a timeout as his best player Kawhi Leonard was in the middle of a solo 10-2 run.

Nurse tried justifying his timeout by saying he was both trying to give his guys a rest and wanted to use a timeout before he lost them. This makes a smidge more sense if you're playing the Phoenix Suns in the regular season and want to keep guys fresh.

But you've got the best dynasty since Jordan's Bulls on the ropes and you're within three minutes of winning the first NBA title in franchise and Canadian history. Everyone on that Raptors team could have been folk heroes that night. Little Canucks would have gone to bed knowing of the heroic efforts of Kawhi bringing glory to the Great White North. Basketball could have been the country's second favorite sport, trailing only hockey and bumping curling to third.

Instead, Nurse didn't want a wasted timeout to his name, as if he had an incentive in his contract limiting the number of wasted timeouts.

The Warriors were visibly shaken during Kawhi's one-man show. Let Steve Kerr burn his final timeout, don't give him a lifeline by doing him a solid.

That timeout by Nurse proved to be costly because after that the Warriors collected themselves, they went on a 9-2 run to win the game. Even a questionable moving screen call on DeMarcus Cousins couldn't throw the Warriors off.

I get that by the letter of the law it was a moving screen by Cousins but I don't think you make that call at that point in the game. Cousins' screen was no different than 80 percent of the screens made, by both teams, during this series. I get if it was so egregious that the Raptors Fred VanVleet was unable to get through, that would deserve a whistle but that was not the case.

Moving on, the final possession of the game was defensive execution at its finest by the Warriors. Thompson guides Kawhi right into a trap as Iguodala comes to help Thompson and force Kawhi to give the ball up to VanVleet. Livingston runs VanVleet off the 3-point line, forcing VanVleet to pass to Lowery in the corner.

Lowery seems open but due to Green's perfect positioning, he's really not. Green is so well positioned that he's able to defend Gasol and an interior pass, as well as Lowery, without the worry of being screened by Gasol. All he has to do is wait for VanVleet to make a move. When the ball moves toward the corner, Green breaks from Gasol and deflects Lowery's shot without fouling.

It was a perfectly executed defensive possession and a work of art. Watching that final play I felt like those guys in the prison yard in the "Shawshank Redemption" when Andy plays that Mozart song.

I don't want this game and that play to be forgotten, but knowing my luck, the Raptors will be a bunch of jerks by winning Game 6 tonight and ruin everything.