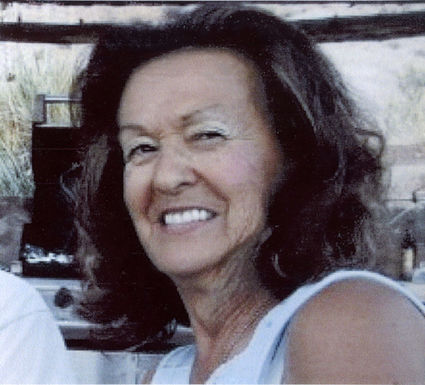 Threesa, "Tootie", Hunt, 76, passed away peacefully on May 4, 2019 in Bahia de los Angeles, Baja, Mexico. Tootie was born on September 3, 1942 in Snohomish, Washington to Archibald and Lily Harriett (Beck) Earley.

From the age of 10 or 11, Tootie helped her mother, who ran a small nursing home in Monroe, WA. Though there were only a dozen or so patients, the work kept Tootie busy seven days a week. She learned all aspects of caregiving here and her compassion for others was deeply instilled. She assisted her mother in putting up produce from the garden, so that the family and the residents would be fed well through the winter months. After graduating from Monroe, WA High School in 1960 she attended Everett Jr. College where she received her LPN Certificate. She had been learning and living those skills through most of her childhood.

Tom Hunt lived only two houses away from her while she was growing up. The couple started dating while they were in their teens. They were united in marriage on August 10, 1962. Because Tom was serving in the US Navy, the couple loaded their belongings and headed for San Diego right after the wedding. They lived meekly and humbly. Being in the heart of San Diego with no car of their own, they took public transportation to see the area every time Tom had leave. These were some of her favorite memories. Two children joined this union, Randy in 1967 and his sister, Cindy, in 1969 and that set the pace.

The family came to Worland in the 70's because Tom had been told that the fishing and hunting were simply the best in Wyoming. Tom finally agreed to come, but it was only a stopping ground on the way to move his family to Alaska. When they got here, they loved Wyoming so much they put down roots, stayed, and became active members of the First Baptist Church in Worland. Tootie took care of the children, cooked the fish and wild game, knitted up a storm, and she and Tom made a comfortable home both in town and later north of town near the Rairden Bridge. A couple of Tootie's quirks worth noting were her appreciation of Betty Boop and the stories of Stephen King, two very different ends of the spectrum.

Tootie never had to look far for friendships. Her caring and bubbly outlook drew people to her. She was well loved by family and friends. She loved to dance, and go camping during hunting season.

In her younger years, she was an avid swimmer. She and Tom looked forward to their many trips to Bahia on the Sea of Cortes in recent years. They would stack the truck high with the donations of clothes, tools, toys and household goods to bring to the people of Mexico. She delighted in the ability to bring others such joy. When it was too hot in Mexico, they took their motor home to Boysen Reservoir and spent many enjoyable weeks there, fishing, relaxing, and joining up with the kids.

She was preceded in death by her parents, her daughter, Cindy, sisters, Elaine Schnetter, JoAnn Collette, and one brother, Carl Earley.

Survivors include her treasured husband of Worland, Tom, who was also her caretaker in recent years; son, Randy (Rosie) Hunt of Casper; brother, Tom (Sharon) Earley of Bullhead, AZ and 5 grandchildren. Dawn, Gordon, Isabel, Taylor and last, but not least, Autumn.

Cremation has taken place. Memorial services will be held 11:00 am, Saturday, June 22, 2019 at the First Baptist Church. A private family committal service will take place at a later date. Online condolences may be made at http://www.bryantfuneralhomeonline.com.