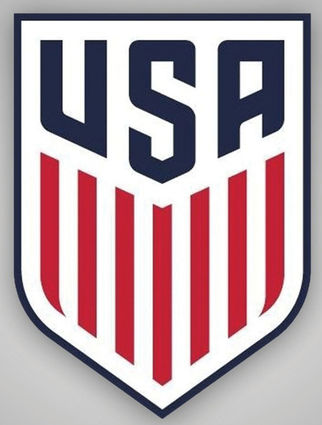 Hats off to the US Women's National Soccer Team by capping the Fourth of July Weekend with ANOTHER World Cup victory. I didn't catch every game live (Actually, the only game I watched live was the Final) but thankfully for the internet it's quite easy to find a playback. All through their World Cup run, what stood out the most was how fun this team was to follow.

For me personally, I'm putting them up there with the most entertaining teams in sports, right alongside the '96 Chicago Bulls, '17 Golden State Warriors, '13 Seattle Seahawks, the Dallas Cowboys of the '90s to name a few.

Reaching this pantheon a team has to first, be a great team; second, they need to have a large portion of the sport rooting against them; and third they talk the talk and walk the walk. The USWNT checked all of those boxes.

The latter two of the criteria are the most important when it comes to best an All-Time great entertaining team. As great as the Spurs and Patriot dynasties were (are), they're not entertaining off the court or field. It's far more entertaining to have everyone rooting against a team, then that team talking a crazy amount of trash and backing it all up by winning it all.

That's why I love US Women's team. It seemed like after every win there was someone whining about them and they'd shut those critics up by winning.

Really? These are all adults and professional athletes at that. If they don't like getting beat 13-0, stop it. Running the score up only applies to certain college ranks and high school sports.

Megan Rapinoe said she didn't want to visit me at the White House.

AND? Why is it a big deal? Be tougher.

A forgettable former AGT judge runs his mouth, gets dunked on by USWNT and all of Twitter.

Brits are, still, very touchy about their tea.

Then of course the entire world rooting against the US.

They hate us because they ain't us!

I know all of this plays into the American trope of supreme arrogance but all I have to say to that is...

Also, I get that these international sporting events are supposed to foster cooperation, respect and contribute to making the world a peaceful place. But I still gained a lot of joy, probably too much, from those TV shots of tearful Brit, French and Dutch fans, in a sea of celebrating US fans, dealing with the bitter reality of their teams being downed by the US.

The All-Time greatness of the USWNT isn't up for debate either. Before we go any further, to those nerds that point out the worst men's World Cup team could beat the US women. My advice to you, don't throw your shoulder out patting yourself on the back for that observation. Sure, pointing out the obvious makes you feel edgy but actually it's just boring. Find a new shtick.

Back to the 2019 team, they were dominant from start to finish and it's absurd they were only favored 3-1 to win it all at the beginning of the tourney. These numbers have been shown all over, but they didn't give up a single multi-goal game, scored the most goals in tournament history and had a goal differential of plus-23 on their way to collecting the program's fourth Cup title.

Which brings us to the elephant in the room.

As great as the UWNT were, winning their second consecutive World Cup, I'm heavily against equal pay when it comes to the US women's and men's national teams. It makes no sense to me.

What I'd rather have, is paying the women ALL the money. In fact, give them whatever they want. We're going to treat it like this, the US Soccer Federation are the L.A. Clippers and the USWNT are Kawhi Leonard. Tell us what you want and we'll get it done.

The USMNT have been a disappointment and underperformed since, well, actually, have they underperformed? Sure, expectations are always set high, unrealistically high, but in terms of reality, the team has more often than not, reached their potential at each tournament.

What I am getting at is the US Men's team isn't a good program and we've been dumping money into a team that at best makes the Round of 16 due to massive upsets happening elsewhere in the bracket and pool play.

Essentially, the USMNT are the Cincinnati Bengals of the soccer world. When they're at their best they can make the playoffs and lose in soul-crushing fashion in the first or second round. At their worst, they're painfully and embarrassingly bad, e.g. getting beat by Trinidad & Tobago.

Some of the try-too-hard contrarians are pumping up that the USMNT made the finals of the "prestigious" CONCACAF Cup. The CONCACAF tournament is a joke, in terms of quality of teams, it's basically one of those crappy postseason tournaments in NCAA men's basketball. You know the tournaments that have multiple single-digit win teams. Here's just how weak this tournament is, the USA is considered one of the better teams.

I know it sounds like I'm rooting against the USMNT, I'm not. I want them to be successful. They're just not good, right now. And we're not some tiny island nation where anything the soccer team does is great. We're about excellence in the U-S of A, not mediocracy. That's why we'll pay the all the money to the USWNT until the men can reach that level of success. For now though, the men will have to live with making less, flying coach, taking Uber to their games (Standard Uber, not Uber Black) and staying in a Motel 6.