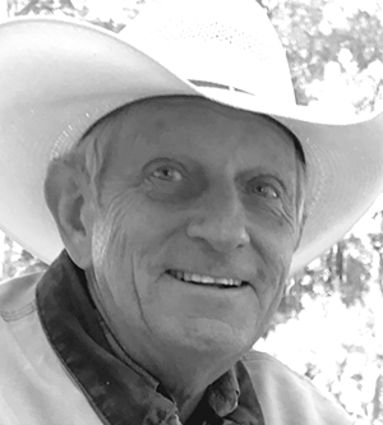 Kerry was born on August 10, 1949 to Milford and Patricia (Walker) Clark in Pratt, Kansas. He was welcomed home by his big sisters Janet and Linda. In 1950 the Clark Family loaded up and headed west to Cheyenne. Soon after, his little sister Kris was born, making Kerry the only boy in a house full of girls, one could surmise that this was the reason he was perpetually in motion. It didn't take long for Kerry's roots to take hold, and Wyoming's great outdoors was the perfect playground for his childhood adventures. High school found Kerry on the wrestling mat and the track field until his graduation from Cheyenne East in 1967. Casper College brought more adventure when the Cowboy in Kerry took up bull riding, but the thrill of the rodeo paled in comparison to the sparks that flew the day he met the love of his life, Glo. A match made in heaven, Kerry and Glo tied the knot in a little log cabin church in Jackson on September 4, 1971. Kerry finished his education graduating from the College of Agriculture at the University of Wyoming while serving in the Air National Guard. He truly loved cowboying, tending livestock and life on the range, so he took his new bride and spent their honeymoon years working on the Keeline Ranch and the Remount Ranch. Between the Air National Guard and Glo coming from a family of pilots Kerry caught the flying bug. He took to the books and flew enough hours to earn his pilot's license in 1974. He had a passion for flying, especially in the back country. In the following years, the young couple went to work at the agriculture research station in Cheyenne and there they started a family with a baby girl, Kenzie. It didn't take long for him to figure out he couldn't raise his growing family on cowboy wages and he took a job with the Federal Land Bank in Imperial, Nebraska. Longing for home and the cowboy life while living in the Nebraska cornfields, Kerry fed his cowboy spirit by picking up a team rope and a few good horses. In the spring of 81, the Clark Family was completed with son, Quinn. A few years later, the family of four jumped at the chance to get back to their sweet Wyoming home, and packed their bags for Worland, WY. Kerry worked hard to provide for his family and never missed a single one of his kids activities if it could be helped; especially when they necessitated a flight. His kids recall family excursions by air, getting stuck in airports due to weather, beat up courtesy cars and long walks to town from country runways trying to keep up with Dad. Weekends were spent enjoying the great outdoors teaching his kids to be active; it was lake days in the summer and ski patrol in the winter. His career path took a turn when he left banking and purchased Worland's GM dealership. Kerry was good at business and loved serving Worland's ag community. Years later when he decided it was time to sell, he picked up his guitar and started picking. His passion for music was contagious and you could often find him strumming a tune in his living room chair. Retirement made time for flying his airplanes, Cowboy football tailgates, Arizona winters, and traveling with his best gal. Nothing could make Kerry light up quite like his 3 grandkids, they were his heart's delight. He took his job as Papa very seriously, always the first to make sure they had everything they "needed", earning him the prestigious title of "the weakest link". It didn't take the kids long to learn if all else fails, ask Papa. Kerry was a generous giver of his love and his money. He never let the grass grow under his feet, you could find him swinging Glo around the dance floor, cruising the pasture in the cub, pushing cows horseback or driving a tractor in the hay field. He loved a good campfire on a starry night and found his joy in his family and friends and his strength in the Lord above.

He was preceded in death by his parents Milford Clark and Patricia Decker, and his sister Kristen Jones.