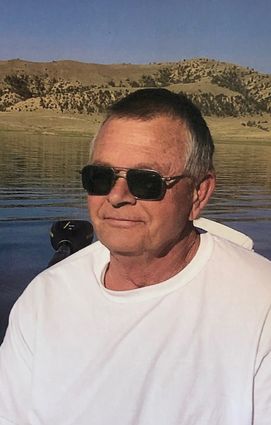 John was born July 19, 1948 in Casper, Wyoming to George Emil and Doris Joy (Hackworth) Easton. He married Donna Nelson in 1966, to this union 3 children were born, Todd, Troy and Natalie. The couple later divorced. He married Vicki Spillane Canfield on April 23, 1976 and added another daughter, Polly.

He contracted with the US Postal Service as a rural mail carrier in Ten Sleep, a job he loved and did faithfully for 35 years before retiring. After his retirement, he put his energies into gardening and taking care of his yard.

He enjoyed spending time with his children and took them camping and fishing whenever he could. He also loved playing softball and bowling. John lived by the motto "Let the basics work for you". Life didn't need to be complicated or cluttered. It was to be enjoyed simply and fully. He was a committed father and made sure the needs of his children were met, always doing the best he could with what he had. He tried hard to instill the following in his children, hard work pays off, things will be fine if you live simply, have good morals, but be willing to fight to achieve what you want and always keep a good sense of humor.

He was preceded in death by his parents, sister, Judy Dye, brothers, Terry and Danny Easton.

Cremation has taken place. As per John's wishes, there will be no formal services. Online condolences may be made at http://www.bryantfuneralhomeonline.com.