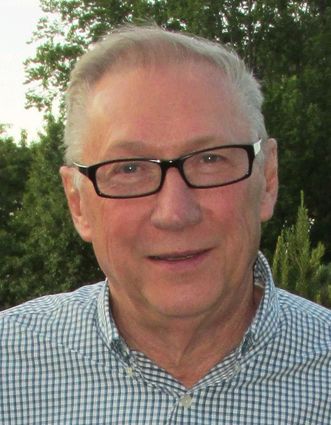 Lewis "Lew" Edgar Markley, a former teacher, businessman, city councilman and mental health advocate whose life in Worland was enriched with a profound love of family, music, theater and community engagement, died July 21 of advanced lung cancer. He was 76.

Born June 26, 1943, to Edgar and Stella Markley, Lew grew up on a farm near Powell where he raised 4-H livestock and worked alongside his father in the fields. He graduated from Powell High School in 1961, and in January 1967, he earned a Bachelor of Arts degree in physical science from the University of Wyoming's College of Education. He was a member of the Sigma Chi fraternity.

Lew's first career was as a high school math and theater teacher in Lander. He started teaching in November 1966 but left the profession in June 1978 to learn business skills managing a Lander grocery store.

During his time in Lander, Lew met the love of his life, Pamela "Penny" Smith. The two were married on March 26, 1970, and were blessed with three children: John, Stephanie and Allison.

In 1983, Lew and his family moved to Worland, where he and Penny purchased Worland Floral and Gifts and together experienced the many joys and challenges of running a business.

Lew entered politics in November 1987 when he was appointed to fill a vacancy on the Worland City Council. He served on the council for more than 13 years.

Lew again changed his career in November 1993 when he became a caseworker and, later, the Washakie Works program manager for Washakie Mental Health Services, now known as the Cloud Peak Counseling Center. His wife, Penny, later joined him at the center.

For Lew's first Washakie Works project, 25 mental health clients were employed to learn skills and work alongside therapists and staff to turn a rundown motel near downtown Worland into comfortable apartments for disabled clients. As Lew once commented in describing the project, "We have found that working at a fulfilling job and being able to provide for oneself is good medicine."

Scott Richard, who now manages Washakie Works, said the program is the only one of its kind in Wyoming. "It's very unique," he said. "And if it weren't for Lew, it would have never gotten started. It takes a special person to actually get something like this off the ground."

When Cloud Peak opened its new center in 2012, the facility was dedicated the Markley Building in recognition of Lew and Penny's years of service. Lew and Penny retired from the center in June 2013.

Outside of work, Lew entertained the Worland community with his passion for theater and music. Lew directed high school plays and was both an actor and director in community dinner theaters, talent shows, plays and musicals that helped raise funds for the Washakie Museum.

As a talented musician, Lew performed with singing groups that included the Slaphappy Singers at the University of Wyoming and the PSALM Choir and the Sugar Beats in Worland.

When Sleep in Heavenly Peace started in Worland in 2018, Lew became an avid volunteer for the organization, which builds beds for children in the Big Horn Basin and follows the motto that "no kid sleeps on the floor in our town." According to close friend and Worland chapter president Dan Frederick: "He not only had the carpentry skills that we looked for, but his whole life had been dedicated to helping people, and helping kids was all the better for him."