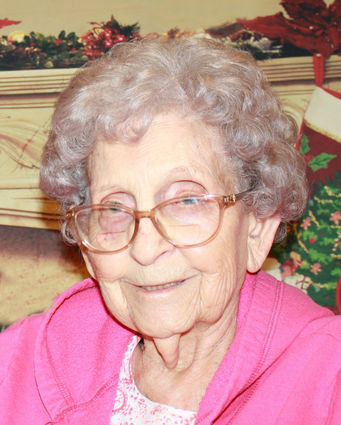 Mary was born on July 1920 to Laura Radi in Bemedji, Minnesota. Mary received her education in Bemedji, graduating in the late 30's. She married Claude Harrison Sutherland in Bemidji just prior to his entering into military service in 1940. To this union two sons were born, Terry and Ted. While Claude was overseas, Mary took a job as a waitress while caring for her two sons. Upon returning home from work, she would pick up the boys from her sister, then chop wood for the cook stove, pump water from a hand pump, cook dinner and get the boys ready for bed. She would then clean house, wash clothes by hand and iron with a flat iron heated on the wood stove. Just prior to Claude returning from the service, she sold the house making a $200 profit which she and Claude used for a down payment on a new home in Thief River Falls, MN. This success sparked a life-long interest in flipping houses to make extra money (although it wasn't called "flipping" in those days!) Mary was a hardworking and thrifty woman!

Claude was employed as a civil engineer, working on large government projects, such as dams, airports and highways. The family moved almost every year and the boys were in a different school every year. There was no complaining about the frequent moves. Clause would say, "We are here at the convenience of Uncle Sam, who pays my wages." Mary was always fiercely independent and remained that way to the end.

After Claude retired from the Bureau of Reclamation in Casper, WY, the couple moved to Bullhead City, Arizona to be close to her sister, Eva (Bill) Colgrove. They spent their spare time in Las Vegas. Mary said a large bet was fifty cents, which she most often won! After several more moves, the landed in Oregon in 1979 to be near Terry. It was here that they survived the eruption of Mount St. Helens. Finally, in 1980 they moved to Worland to be near both of their boys.

Claude passed away on July 6, 1994 and Mary was once again on her own. She busied herself taking care of her grandchildren, Shannon and Shelly. She was also a member of the Worland Homemakers where she served as secretary for several years.

She was preceded in death by her parents, husband, brother, Herman Radi and sister Ivy Mahar.

Graveside services were held Saturday, July 27 at Riverview Memorial Gardens Cemetery with Pastor Timothy Trippel officiating. Online condolences may be made at http://www.bryantfuneralhomeonline.com.