How to say goodbye in 600 words or less 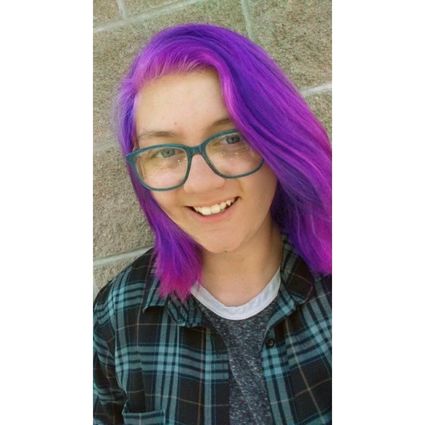 I used to think it was impossible for kids to grow up into what they wanted to be.

It wasn't until I had been in my old bedroom, packing boxes when I came across a composition notebook from fourth grade. One of the journal entries was "What do you want to be when you grow up?"

Turns out, I fulfilled my 9-year-old self's aspirations to become a journalist.

My freshman year of high school, Ten Sleep had an event for their high school students similar to job shadowing.

I had an "interview" with a former staff writer of the local newspaper. Though I didn't think about it, when he had asked me what I wanted to do when I grew up, I told him that I wanted to be a reporter.

He suggested that I look into an internship with the newspaper.

I first joined the Northern Wyoming News staff on Oct. 31, 2017. Two hours a day for close to a month, I sat in front of the computer, catching up on piles of circuit court before my first story was published, leaving me ecstatic. I remember being amazed to see the story had made the top flap of the front page.

I've had quite a few stories published since then, but that euphoria still hasn't gone away.

Until I became a reporter with the paper I didn't know that you can wake up excited to go to work, that a job doesn't have to be something you dread.

I've woken up every day thrilled to go to work. I'm still delighted when people mention that they enjoy my work. I still grin when I see my stories in the paper. Every day when I leave the office, I leave thinking about how great work is going to be the next day.

However, in light of long foreseen circumstances, I'm resigning my position as a writer with the Northern Wyoming News. I'm only 18 and have a lot of things to do before I am able to commit to a job as a reporter. I need to go to college to get my degree, I want to get out and see the world before I'm too old to appreciate it. In a few years' time, I picture myself back at a desk, writing up newspaper stories.

When I got here, I was a scared, inexperienced little girl who looks like she's expecting to get punched in the face. It wasn't until a couple months ago I bucked up enough to ask where the restroom was. Now, I can confidently say that I'm a reporter who still appears to be expecting a punch in the face but knows where the restrooms are.

A lot has changed for me since I started, more will change now that I'm leaving. Despite all the new experiences on the horizon, I'm back to feeling like that inexperienced girl once more.

Leaving the Northern Wyoming News fills me with regret. I'm prepared for days when I'll be crying about wanting to come back and missing my amazing co-workers.

As the great Sir Terry Pratchett once wrote, "why do you go away? So that you can come back. So you can see the place you came from with new eyes and extra color. And the people there see you differently, too. Coming back to where you started is not the same as never leaving."

I've erased and rewrote this column three times now. The only thing left to do is to sign it off.

Thank you readers, co-workers and community for being so supportive and for making this a fantastic job to wake up to every morning.

Cyd Lass was a staff intern for the Northern Wyoming News for the past 21 months.