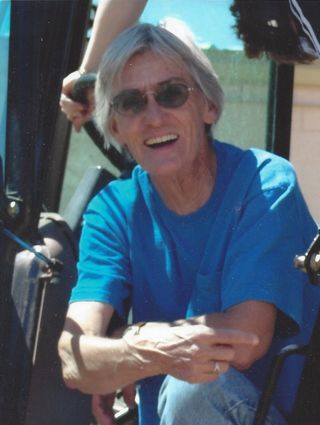 Patricia Jean (Patterson) Price passed away on July 25, 2019 in Pueblo West, Colorado. Born Dec 7, 1939 to Charles Benson Patterson and Thelma Patricia (Sublette) Patterson in Worland, Wyoming. She was the second born of six children. Pat was raised partly in Hyattville and Basin, Wyoming. Pat spent most of her school years attending school in Basin. The family moved away her junior year to Lander, Wyoming. Pat finished her junior year at Basin High School and moved to Lander. She graduated from Lander Valley High School in 1958. She married her high school sweetheart from Basin. They moved to Washington where he was stationed with the Navy. The marriage was short lived, and no children were produced. Pat moved briefly to California attending college in the Bay area. She worked for a courier company in San Francisco. She would later tell her children that was one of the best jobs she ever did, due to experiencing the city riding the trolley. She moved back to Lander to help take care of her father and work at the Wyoming State Training School. While Pat worked there, she taught sign language and was a care giver to many beautiful individuals that she thought fondly of throughout her life. She met and married John Price. They had three children together; Lawrence Eugene, Benson Charles (deceased), and Leann Thelma. They divorced after 8 years together. She met Charles Hellyer who she briefly had a relationship that produced one child Lynette Diana. She moved to Basin to raise her three children. Pat took various jobs working for Head Start as a bus driver, working at the Basin Dairy, delivering the Wyoming Daily newspaper, and part time for the Town of Basin as a utility meter reader. The part time job with the Town of Basin would turn into a full-time job as she was determined not to be a utility meter reader, but a heavy equipment operator. She begged her uncle Maurice Chapman to teach her to run the heavy equipment. Found she enjoyed operating the heavy equipment even in the worst of weather. Pat enjoyed her job with the Town of Basin and visiting with various people around town as performed her job. Pat retired in 2005 after 28 years with the Town of Basin. During the fourteen years of retirement, she enjoyed gardening, reading, and watching her grandchildren grow up. Pat moved to Colorado to be near her two daughters and their families. Pat was an avid fan of the Denver Broncos and would faithfully wear the team colors every chance she got during the football season.

Pat is survived by her three children; Larry (Mary) Price of Thermopolis. Leann Copeland of Pueblo West, Colorado. Diana (Lynn) Travis of Pueblo West, Colorado. Though she loved her children, she was especially proud to be "Grame" and "GG" to 11 grandchildren and 17 great grandchildren. Three brothers; Vic Patterson of Iowa, Jerry Patterson of Washington, Bill Patterson of Washington and nieces and nephews. Pat had also an extended family with Reid, Sherburne, and Taylor families. Pat was preceded in death by her son Benson Price, both her parents Charles and Thelma, brother Charles Patterson and her sister Shirley Miller.

Pat's wishes were to be cremated and to have no funeral services to take place on her behalf. The family is honoring her wishes as she will be laid to rest in a private ceremony with family later in Lander, Wyoming. Pat was loved greatly and will be missed.