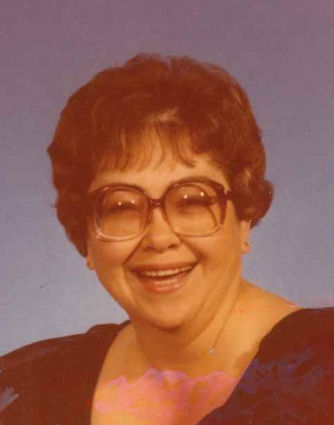 Private family interment for Sharon Jennings, 83 year old Buffalo resident who passed away August 24, 2019 at the Hospice House in Gillette, will be held by her family at a later date. Donations in Sharon's memory may be made to the Rebecca Lodge in care of the Harness Funeral Home at 351 N. Adams in Buffalo. Online condolences may be made at http://www.harnessfuneralhome.com

Sharon Kay Jennings was born on December 1, 1935 in Smith Center, Kansas to Verlin and Alice Shivley. She grew up and went to school in Kansas where she graduated from high school. She was trained as a nurse's aid and worked many years for hospitals. She was married in Kansas to Duane King and lived in Worland, Wyoming where Sharon worked for the Washakie Memorial Hospital for many years. Duane and Sharon were later divorced. She was married on July 3, 1982 in Gillette to Charles Jennings and they made their home in Wright where her husband work for Black Thunder Mine. They retired in 1992 and moved to Buffalo where Sharon worked for Super 8 Motel. They continued living in Buffalo until her death.