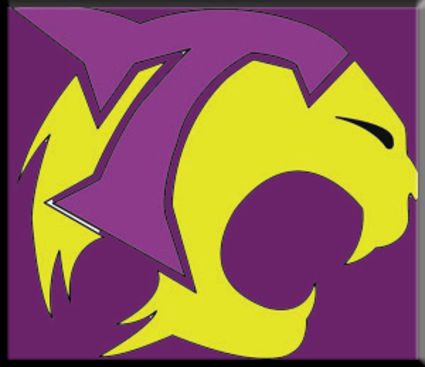 THERMOPOLIS - For seniors McKenna Bomengen and Tahja Hunt it has been quite the career for the Hot Springs County High School cross-country runners.

The Lady Bobcat duo, as freshmen in 2016, were contributors to a team that finished as runners-up, with Hunt and Bomengen earning All-State honors. In 2017, they finished sixth and Bomengen earned her second All-State selection. Moving to 2A in 2018, not only did both grab All-State honors, with Hunt finishing second overall, they led their team to the program's first state championship. And in 2019 they're looking to go out on top.

"Our conversations have all focused on defending our title and what we need to do to get there. They've all put extra time in the summer and lots of icing and making sure we're taking care of injuries, it has been looking good," said HSCHS cross-country Stephanie Metz.

One of the offseason activities for the team was going to a running camp in Oregon. The camp brought the team closer together as they shared in the pain of running all over the mountains of Oregon and it got them better prepared for the 2A State meet in Afton on Oct. 26.

"Most of our team went to a camp in Oregon this summer. It really helped unify them. It's a really tough camp, a Nike run camp, that's at high-altitude and they get them ready to run through anything. That was an important experience for the team to have because with state being at high-altitude it's going to be tricky. So having them run that camp in the mountains kind of helps put their mindset at what they can expect to run in," Metz said.

While it might seem like the Nike camp was chosen with the state meet in mind, actually what it came down to was last year the team went to the same camp and won a state title that season. So if it's not broke, why fix it?

"They went there last year and, obviously, they had a really good season last year, so it was one of those things that maybe they should repeat that," said Metz.

The Lady 'Cats do not have Olivia Weyer or Aime Robinson out for this year but along with Bomengen and Hunt, Hallie Martinez is a returning championship team member. And Dayna Crow has rejoined the program after taking last season off.

"We've got a really good dynamic," said Metz, "We've got Dayna Crow coming back, she ran for us her freshman year, took a year off and is back out again. She did a ton of work in the weight room and running and I'm pretty excited for her. We have Hallie coming back and she had a strong freshman year last season. She ran a whole bunch with me this summer during our summer runs. I'm feeling really good about this team and I'm excited about the season."

A new wrinkle for the 2019 season Metz and the program is having enough runners to fill out a boys team. The four Bobcat runners are all underclassmen and this season is about gaining as much experience as possible, but Metz is thrilled to have a team. Already she's seen the positives of have a boys team.

The approach to the first part of the season is straightforward for Thermopolis, it comes down to hitting the goals Metz sets and working on the start and finishing of each race. Then when midseason rolls around they can focus on the middle of their race.

"They all have that mentality of hitting certain goals throughout the season. That's how our practice is structured, like, 'today's goal for practice is this' and we've established that early on in our season. We'll also focus more on our start and finish of the race and slowly the middle miles will come together,"

The 'Cats and Lady 'Cats start their season racing in the Kelly Walsh Bear Trap meet on Casper Mountain in Casper tomorrow.