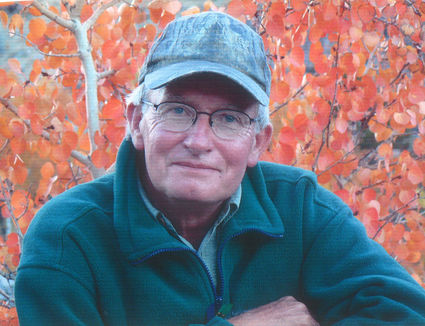 He is survived by his wife, Emma Jean Scott of Worland, WY; his son, Thomas Scott of Kalona, IA; his sister, Ruth Ann June of Casa Grande, AZ; numerous nieces and nephews; two grandsons; and many close friends.

Paul was born on November 16, 1948 in Lander, WY to parents Paul and Anna Scott. As a teenager, Paul worked summers at Lac la Ronge in Saskatchewan, Canada and at the Wyoming State Training School in Lander, WY. In 1967, he graduated from Fremont County Vocational High School and went on to earn degrees from Caspar College in 1969 and University of Northern Colorado in 1972.

Following college, Paul returned to work at the Wyoming State Training School. During his 13-year tenure, he worked as a specialist teacher and Special Olympics sponsor.

In 1969, Paul began dating Emma Jean (Killion) Scott, and the two were joined in marriage in 1976. Two years later, they had their first and only child, Thomas.

In 1984, the Scott family moved from Lander to Worland, WY, where Paul started work as a Personal Social Adjustment (PSA) teacher at Worland Middle School. He continued teaching there until his retirement in 2002.

During his years of retirement, Paul and Emma spent winters in Arizona hunting game birds and entertaining family and friends. In the summers, he and Emma returned to their home in Worland and spent many peaceful days fishing, four-wheeling, hunting, and enjoying the company of their two great nieces and nephew.

Paul will be remembered for his love of God, children, family, and friends.

He is preceded in death by his parents, his sister, Jeri, and two nephews and a niece.

All are invited to join the Scott family for a memorial service at 1:00 p.m. on Saturday, September 14 at the New Life Christian Center, located at 1028 N. Road 11, Worland, WY. A luncheon will immediately follow at the Worland Community Center, located at 1200 Culbertson Avenue.

Online condolences can be made at http://www.bryantfuneralhomeonline.com.