Tracie's Thoughts: When did the police become the enemy? 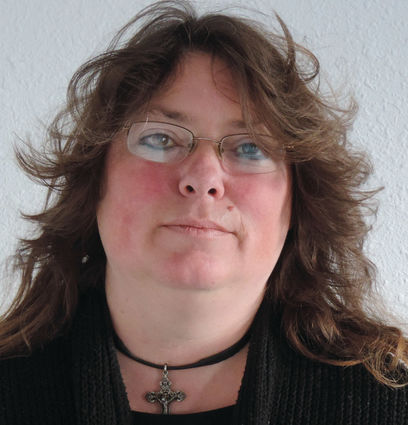 It seems that every time you read the news, via newspaper or internet, or listen to the news, another law enforcement officer has been attacked, shot or killed. I don't understand why law enforcement has become the enemy.

Last I knew the police are here to protect us and should be given the utmost respect because not only do they put their lives on the line every day for us, but they also take the chance of having their family's lives thrown into disarray if something were to happen to them.

Law enforcement men and women deal with stressful situations on a daily basis, they deal with armed criminals, nasty talking people and see things that a person should never have to see when they go to accidents. I have no idea how they sleep at night, but I thank God every day that they are here and willing to serve.

Are there bad cops out there? Of course, there are, there are bad people in every profession, be it doctor, lawyer or construction worker. Yet one bad apple doesn't make the whole bushel bad.

I remember my first interaction with the police as I was growing up in Vermont. My boyfriend and I, both underage, had scored a case of beer and were headed to the Crystal Lake cliffs, the party area, to join some friends. We were pulled over at the edge of town, I honestly can't remember why we were pulled over and no we hadn't gotten into the beer yet, but the officer was great, asking for the normal things officers ask for, license, insurance and registration.

He looked into the back of the car and saw the case of beer. Instead of arresting us, he proceeded to have my boyfriend get out of the car, get into the back and deposit the case of beer into the trunk of his patrol car. He then told us to leave town and that if he saw us again that night that we would be going to jail for a minor in possession of alcohol. If we had been drinking, we would have been arrested. I honestly believe that that officer never had to buy a single beer the entire time he was in service because he had plenty from what he had confiscated from us kids.

Another time in Vermont I was pulled over because my car matched the description of a car they were on the lookout for. It was raining and muddy and the officer asked if I minded if his dog checked the car. I had no problem with them searching the car but, I did have a problem with the dog and his muddy feet walking all over the interior of my car. I had just bought the car and yes, it was not new but it was new to me. I told the officer my concerns and he stated that if the dog found nothing he would clean up after his dog, which he did.

When I moved to Wyoming 22 years ago, my first interaction with a law enforcement officer occurred just east of Worland. I had run over a piece of wood in the road which unfortunately had a nail in it causing me to have a flat tire. I pulled over at the buffalo memorial site and proceeded to try to figure out how to get my spare off the back of my vehicle. I had a Ford Bronco and the spare was on the back but there was a lock stopping me from obtaining it.

I hadn't been pulled over maybe a minute when an officer pulled up to make sure that I was OK. As he was trying to help me, two more officers pulled up and I was devastated.

Now at this point you might be thinking that I was devastated because I was guilty of something, but that wasn't it. As I was growing up I was taught that when you get pulled over, there was a reason for it, you must have done something wrong and so you deserved it. I was sitting there with three law enforcement cars around my vehicle and the only thing that I could think was God, I hope no one who knows me sees me. I knew that the rumors and speculations would fly in town and the only thing I had done wrong was run over that piece of wood.

Now, don't get me wrong, I know many people who have had bad deals with law enforcement and many people who don't trust them, but that shouldn't make someone out to get them. And yes, I know that there are some officers who will pull someone over for the smallest infraction. But, most of the time, we are pulled over because we were doing something wrong and while that sucks we need to own the fact that we did something wrong.

Law enforcement officers, for the most part, are here to help us and I believe that during this day and age that they deserve our respect, protection and prayers. Imagine what this world would be like without them.

Tracie Mitchell is a resident of Ten Sleep and a staff writer at Northern Wyoming News.