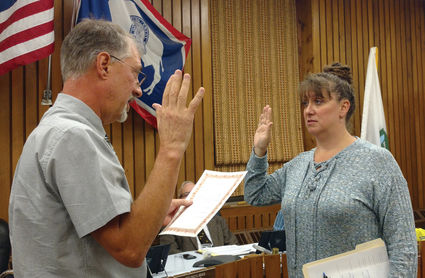 DeMunbrun was one of three candidates who submitted letters of interest and spoke to the council Tuesday night. Gill noted a fourth candidate withdrew his name. The other two candidates were Wendy Fredricks and Lee Lockhart. The counc...