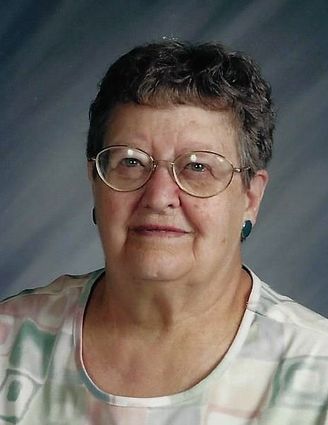 She was born on November 2, 1929 in Oregon City, Oregon to Myrtle Mae (Grisham) and Chester Elvin Anderson. She lived in many places growing up as her father was in construction. She finished the eleventh grade in Powell, WY, and later achieved her GED.

Dee married Donald C. Dye in 1947 in Worland. They raised their family of four on a farm on South Flat. She cooked for many of the hired men and lambing crews. The couple enjoyed playing pinochle and square dancing. While living on South Flat she enjoyed being a member of the South Flat Club. She and Donald divorced in 1968.

Dee had worked at Washakie Memorial Hospital for fifteen years as a nurse's aide. She became a Foster Grandparent for the Worland School System, enjoying nineteen years in that endeavor. Many school children remember her as "Grandma Dee."

She married John Melin in 1988. She and John loved to go camping and canoeing on the Madison River in Yellowstone Park. They spent many happy times with the Woosley's at their cabin on Otter Creek in the Big Horns. Dee also enjoyed visiting Alaska where her brother lived.

She was preceded in death by her parents; by her sister Yvonne Pinney; by her brothers John Elvin Anderson and Wesley Anderson; and by her husband John Melin.

Dee is survived by her children Charleen (David) Hamilton and David (Ruth) Dye both of Worland, WY, and Kathy (Rand) Christensen of Otto, WY and LaDonna (Patric) Carlile of Florissant, CO.

A graveside service will be held at 4pm on Friday, September 20, 2019 at Riverview Memorial Gardens Cemetery in Worland. Memorials may be made to the Worland Senior Center in lieu of flowers c/o Veile Mortuary P.O. Box 730 Worland, WY 82401.