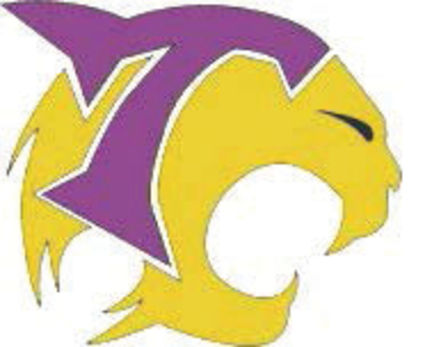 THERMOPOLIS - The Hot Springs County High School volleyball team was on the road twice last week, first was their Sept. 12 match at Powell High School and on Sept. 13-14 they were at Rawlins High School for the Outlaw Invitational.

"I was super proud of the girls and sticking with it," said HSCHS volleyball coach Shannon Hill. "The third game we let our guard down a little bit but they were awesome and fought back. With past teams, they would have folded in that fourth game, but we came out ready to win and just controlled that game. It was a good road win for us, and to play in that kind of environment with their crowd sitting right behind them as they serve. It was just good to see them step up and play like I know they can."

Along with her hitters, Hill had praise for her setter Dani Jo Pebbles, "Our middles Kaylee DeVries and Tatum Vialpando had nine kills apiece and Sesi Jensen was a little off that night but still had seven kills and four aces, which led the team," she said.

As big of a win as the Powell match was, the Outlaw tourney was an up and down experience for the Lady 'Cats. The truncated matches certainly didn't help things, where teams played two games to 21 the first day and went to a best of three format the next.

"I don't know if we're a tournament team which is something we need to correct come regionals. But I think it's easier for our girls to get focused on one match than it is tournaments right now. I think once they start proving to themselves that they can start playing against these teams and that they're better than some of those teams. I think we'll be alright come time for regionals," said Hill.

While things did not go exactly to plan for the Lady 'Cats last weekend in Rawlins, the biggest takeaway from the tournament was getting a good look at the 3A field. If they can play as they did against Powell, a 3A State tournament bid is theirs for the taking.

And Hill did like how their first game after beating Powell was against the Rawlins Lady Outlaws. The Lady Outlaws got the better of the Lady 'Cats but it also showed them that there's still work to do.

"When they're all together and playing consistently, they're just good. Getting to see the other 3A teams and sizing up those teams, our shot at state is right in the palm of our hands right now. We have the tools and talent, it's just about putting it all together by regionals. Teaching the girls how to win and having that winning mindset is important right now.

"Beating Powell and turning around and playing one of the best teams in 3A in Rawlins was a good eye-opener. We played Mountain View really tight in the second game, they took a game from Rawlins, but just seeing that we can hang with teams like that is huge. Overall, the girls seeing that competition and to know if they play like I know they can, they can go very far this year," said Hill.

This week is homecoming week for the HSCHS and on top of all the homecoming activities for the Lady 'Cats, they also start their 3A East conference schedule with a road match against Newcastle today at 6 p.m. and Saturday they host the Douglas Lady Bearcats at 3 p.m.

Picking up two conference wins and jumping ahead in the standings would go a long way for the Lady 'Cats.

"It's our homecoming week so it's just a lot for our girls mentally and physically. I'll probably give them Friday off since we have Douglas the next day. I think it's super important that the girls get the rest that they need this week in order to play at our best because that's going to be a big game for us," said Hill.