Warriors repeat as 3A East champs 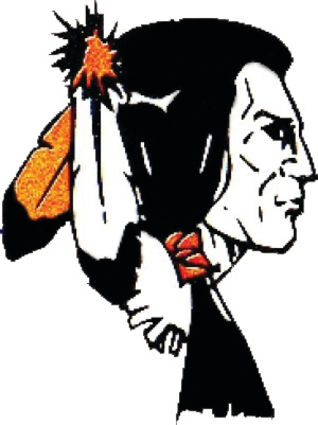 Warriors repeat as 3A East champs

WORLAND - It was another big win for the Warriors as they cruised to 3A East conference champions, successfully defending their title from last season at the Cottonwood Golf Course in Torrington on Sept. 12-13.

"The wind blew between 30 and 50 mph on Thursday," said WHS golf coach Chad Rose. "Given how fast the greens were already, this made holding the green and lagging putts extremely difficult. The back nine is one of the most difficult to manage, and the coaches who have won state championships there have really limited their players use of driver on the back nine.

"I remember one coach that would even have the kids check them in on the turn. We didn't go that far, but we did have a specific plan in place to maximize hitting fairways and greens. It paid off for most of us, as putting was a real challenge."

"Karsten would tell you he was struggling a bit with the driver. That put him in a position where he needed to rely on his short game to score. The pin positions looked like something out of a 'Superintendent's Revenge' tournament on Friday. Everything was placed dangerously close to a false edge, and only a couple of paces onto the surface. With all that in mind, I think Karsten played well at times. He is competitive enough to want to score low every time. That's what we love about having him on our team," said Rose.

To earn All-Conference a golfer most place in the top 10.

Worland even had one of their JV golfers finish in the top 10 as freshman Landen Gilmore came in fourth shooting an 82, 88 – 170.

For the Lady Warriors, Robyn Horath's consistent play earned her first All-Conference honor, shooting a 110, 109 – 2019 to finish in sixth place at Torrington. Now Horath turns her focus toward the 3A State tournament in Afton on Friday and Saturday.

"We have been working on taking a full turn behind the ball and loading up her swing. She was driving the ball quite well at practice [Monday] night. She has chipped pretty well for the last few weeks. I think she has the potential to go low," said Rose.

For the Warriors at state, it looks like it will be another tough battle between them and two-time defending champs, the Lander Tigers, for 3A's top prize. And with the weather not expected to be the best, Rose believes the team that pushes through will come out on top.

"The team that stays focused in spite of the weather will come out victorious," said Rose. "Any team that gets distracted, cold, or frustrated will not shoot to their potential. We are really working on focus, playing the shot we have in front of us, and still remaining aggressive."