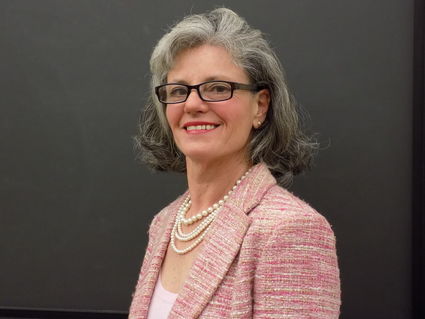 Carol Hafner, a Democrat who has never visited the state of Wyoming, has announced she intends to run for the state's lone U.S. House seat. Hafner said she considers South Dakota her home base.

CHEYENNE – Carol Hafner has only read about Wyoming.

The only Democratic candidate so far to announce her intent to run for Wyoming's sole seat in the U.S House of Representatives plans to officially visit the Cowboy State for the first time next year.

The address she plans to use to file for office next year is that of a mail-drop site in Box Elder, South Dakota – a spot primarily used by RVers – but she has family in New Jersey and calls from a Honolulu phone number. Her son, Eric Hafner, ran unsuccessfully in the Republican primary for a U.S. House seat in Hawaii three years ago.

Hafner, 65, is hard to pin down; she said she travels extensively, but South Dakota is "home base," something she also told reporters during her Alaskan congressional campaign in 2018. (She earned 15% of the primary vote despite having never visited the state.)

"This is a federal office," she said. "Everything that goes on in Congress affects us. It's beyond just state issues, and my platform crosses all borders."

Now, the self-proclaimed Democratic socialist, feminist and environmentalist with no ties to Wyoming wants to take on Republican U.S. Rep. Liz Cheney, despite opposition from all sides.

"I did try to contact the Wyoming Democratic Party, and I haven't received any response," Hafner said recently. "I was a little disappointed."

That's probably because the party's central committee recently passed a resolution to exclusively support in-state candidates. Although the party has not directly supported an out-of-state candidate in recent years, they also have never had the level of candidate support services they do now.

"It likely wasn't a topic that needed to be addressed," said Nina Hebert, the Wyoming Democratic Party's communications director. "We have a small, but effective staff, and offer an unprecedented amount of free services to every Democratic candidate, whether they're running for local school board or U.S. Senate. The committee feels that staff efforts should be focused on candidates who reside in Wyoming, and understand the concerns and day-to-day lives and issues of their constituents."

Wyoming has clear residency requirements to serve as a U.S. congressperson, and experts say Hafner would have to move to the state, if elected.

Still, she's legally permitted to run, said Will Dinneen, communications officer for the Wyoming Secretary of State's Office. Others have made similar bids in recent years, but it would be unprecedented if she won. Both Republican and Democratic state party officials question her authenticity.

Hafner touts a bachelor's degree in family/consumer science and business from Pennsylvania's Immaculata University, with post-graduate focuses in dietetics, nursing, criminal justice and K-12 education. She's worked as a flight attendant for the now-defunct Eastern Airlines, as well as Northwest Orient Airlines, which was absorbed by Delta Airlines in a 2008 merger. Her résumé includes years as a New Jersey-based community college spokeswoman and media coordinator for the school's Holocaust and Genocide Studies Center and Center for World War II Studies.

She supports free tuition for higher education, federal cannabis legalization and Medicare for All.

"Colorado has a large regulated cannabis industry that brings in tax revenue and creates jobs," she said. "But federal prohibition prevents Wyoming farmers from producing this crop for sale in Colorado. Once cannabis is federally legalized, production can take place in Wyoming for more populated markets nearby, like Colorado, creating jobs in Wyoming."

Middle-class Wyomingites can count on her to have their backs, she said. She supported herself with waitressing jobs in college, but knows the cost of higher education is no longer sustainable. After graduation, she moved home to help her parents take control of their finances amid her father's deteriorating health and growing medical debt.

"Dad had back problems," she said. "He was put on painkillers after back surgery and became addicted. I wasn't aware of how bad things were until I came home. I went through all of their bills, trying to straighten out the financial mess that was in front of us, and got that pulled together. When all was said and done, there was $12 left."

Hafner herself has scoliosis and, as she ages, her passion for health-care overhaul intensifies.

"I'm lucky I have Medicare available to me right now," she said. "I have these options, but I know many people who don't. I'm puzzled why these needs are not being more aggressively addressed."

She says she cares deeply about Native American communities, too, noting the average lifespan of a resident of the Wind River Indian Reservation is substantially lower than the state average.

"This is due to poor access to health care, poverty, unemployment and violent crime," she said. "It's a federal crisis, and should be a national embarrassment."

To help diversify the economy, she said she would work to create a special Wyoming-only investors visa that would allow high-net worth foreign investors who set up Wyoming businesses to gain a U.S. Green Card.

"Special promotion could take place in target markets such as China, India and the UAE," she said.

Given the state's reliance on minerals and an unpredictable coal industry, Hafner believes there's money to be made in renewables. She also supports federally funded rural broadband expansion throughout rural Wyoming.

"Established tech companies and startups will consider Wyoming as a base of operations, due to its central location and business-friendly environment," she said. "It will better enable the people of Wyoming to access job and education opportunities."

Hafner is the first to admit she's still doing her homework. The issues facing Wyomingites are complicated, she said, but she's eager to learn.

"I want things to be better," she said.