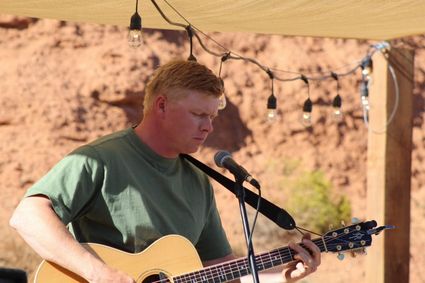 Rob Weimann of Thermopolis performs during the finals of the 2019 Wyoming Singer-Songwriter Competition. Weimann was named the state's top singer-songwriter in voting by both a panel of music professionals and performers and by audience members at the competition's finals held at the Ten Sleep Brewing Co. on Sept. 22.

Rob Weimann, who took second place in last year's event, was named Wyoming's best singer-songwriter of 2019 in voting by both a panel of musicians and by audience members at the final round of the annual competition held at the Ten Sleep Brewing C...