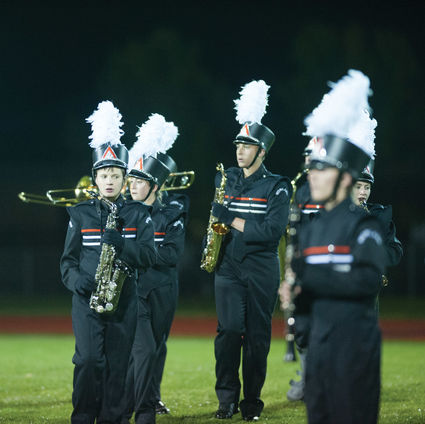 Eighty members strong this year with band and color guard, the band is led by instructors Chad Rose and Frank Harding with drum majors senior Caleb Fraser and junior Anja Sheesley. The group has been working toward this event since the four-day camp in early August. They have ha...