A look at women's suffrage in Wyoming and the U.S. 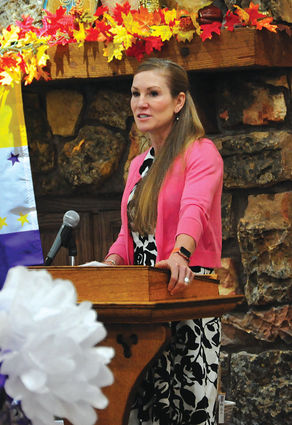 Worland teacher Christy Vickers speaks about the history of women's suffrage in the United States and in Wyoming during the Friends of the Worland Library luncheon at St. Alban's Episcopal Church Saturday, Oct. 26.

WORLAND - Women and women's suffrage in the United States and Wyoming were celebrated by the Friends of the Worland Library during their fundraising luncheon last month.

The keynote address by Christy Vickers focused on the women's suffrage movement both at the national and state level.

Vickers noted that at the national level in 1860 a poll was conducted and found that most common fears of wom...