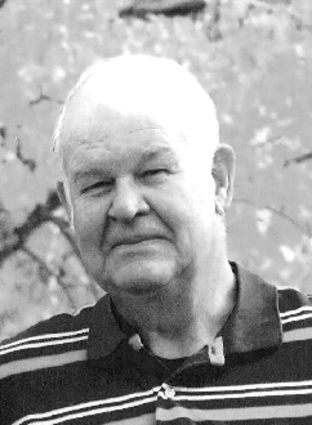 Funeral Services for Stanley Clair Graham will be held at the First Baptist Church in Basin on November 7, 2019 at 10:00 a.m. with Pastor Aaron Gesch officiating. Internment with full military honors will take place at Donald J. Ruhl Memorial Cemetery in Greybull following the service.

Stan Graham accepted his promotion to join his Lord and Savior, Jesus Christ on November 2, 2019. Stan was born on August 20, 1935 to Howard Charles Graham and Nellie Isabelle Deardoff Graham; he was their baby boy. They lived in a little farmhouse in Lancaster County, east of Lincoln, Nebraska. A year later the family moved to northwest Wyoming to the Penrose District southeast of Powell, where Stan attended school until he was in the fourth grade. The family then moved to Greybull where Stan graduated with the class of 1953. In January 1954 he enlisted in the U.S. Navy.

In August of 1955 he married his high school sweetheart, Nancy Lee Mettz, to whom he was happily married for 52 years until Nancy died of cancer. Stan and Nancy's marriage was blessed with three sons; Rex, born in August 1956 in Brawley, CA; Rod, born in December 1958 in the naval hospital in Millington, TN and Rickey, born in January 1962 in the naval hospital in Agana, Guam. He was fondly referred to as their "Little Guamanian!"

After twenty one years, and duty in several different squadrons and duty stations, Stan retired from the Navy in September of 1974 as Master Chief Petty Officer. He began teaching in the U.S. Navy and both he and Nancy taught classes for young boys and girls throughout the years. He and his family returned to Greybull to settle down on their farm, "The Old Cropsey Place", which is still owned by his three sons.

Stan stayed busy for the 45 years after his retirement from the navy. He briefly owned a TV/Radio sales and service business, was appointed by the Governor of Wyoming as a water commissioner in Shell Valley, and was elected to a term on the Greybull school board in 1975. He and his father-in-law Ed Gillis did exploratory drilling for bentonite for Dresser Minerals. He was plant manager and a trucker for Yack Honey, an electronic tech for Hawkins and Powers during the conversion of the KC-97 into a slurry bomber, served on the Shell Valley West Water and Sewer board and spent ten years at the South Big Horn Senior Center as a driver/janitor and then ten years a board member. He was a member of the Fleet Reserve Association, a life member of the National Rifle Association and the VFW American Legion, Non-Commissioned Officers Association, and the Retired Sergeant Major and Chiefs Association.

Last, but by no means least, he was a member of the First Baptist Church in Basin from 1994 until his death. He was active as an elder, bible study and Sunday school teacher, a mentor and a friend.

On April 30, 2011 Stan and Julia Cheatham were married. For the next eight and a half years they had fun and enjoyed happiness and contentment on Stan's "Little Green Oasis" down over the hill. Stan was respected and loved by everyone and will be remember fondly for all of his jokes that made them laugh.