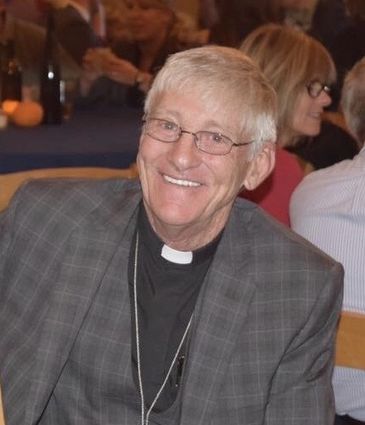 Father Ed was born December 12, 1950 in Cody, Wyoming to Wilbur Dean and Mary Ann (McLean) Farmer. The family home was in Meeteetse, where he lived most of his life. Ed graduated from Meeteetse High School in 1969, went to college in Powell that fall and had way too much fun! At semester he joined the Navy. When he was discharged, he returned to Wyoming, moving to Gillette to find work. Not only did he find employment, but he also found the love of his life, Rita Hamby. The couple were wed June 28, 1974. When Ed asked Rita to marry him, he said, "We're going home to Meeteetse so I can make a life for us there."

They raised two amazing sons, Dean and Phil. He was their baseball coach and loved teaching them to hunt and fish. He enjoyed helping them with their FFA projects.

Ed worked for Wyoming Well Service, Marathon Oil Company, Brice Lewis and Ryan Trucking hauling for FedEx. He was ordained an Episcopal Priest in 2006, served at St. Andrews in Meeteetse until he was called to St. Alban's in Worland. He retired in October 2018 due to his health. Ed had served as a volunteer fireman for Meeteetse, served on the Town Council and was also Mayor.

Ed enjoyed fishing, hunting, playing golf, and hunting for arrowheads. He loved being in the outdoors. He also enjoyed helping on his uncle's ranch in his youth. When anyone in Meeteetse was branding or taking cows to the mountain, he was ready without hesitation.

He was preceded in death by his father, sons, Dean and Phil; his grandparents, sisters-in-law Karyl Lindberg, Vivian Farmer and brother-in-law Robert Hamby.

Celebrate of life will be held 10:30 a.m. Friday, November 15, 2019 at St. Alban's Episcopal Church in Worland. Graveside services will be in Meeteetse at 2:30 p.m. Memorial donations may be made to Stillwater Hospice of Northern Wyoming and sent to PO Box 524, Worland, WY 82401. Online condolences may be made at http://www.bryantfuneralhomeonline.com.