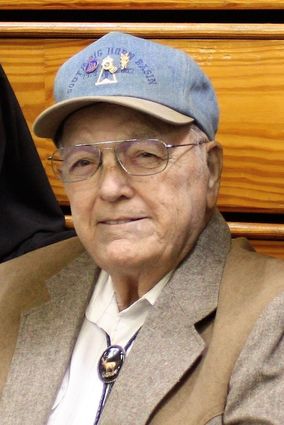 Roy Wayne Phillips longtime Worland Resident passed away on November 6, 2019 at home. He was born August 9, 1939 in Billings, MT to Orville and Muriel Phillips.

Roy graduated from Billings Senior High School in 1957. He served in the US Navy from 1957 to 1959. He worked many places over the years, the first was alongside his dad building homes in the greater Billings area. It was a job that brought him to the Big Horn Basin where he resided until his passing. He mentioned that two of his favorite jobs were driving Beet truck for Weber and Sons Farm and Owning/Operating Little Chief.

Roy was a member in many organizations including the Lion's Club, Legion Club, Jaycee's, VFW and BPOE lodge. He was a Mason and a Shriner. He had a love for the Big Horn mountains, hunting, camping, snowmobiling and four-wheeling that he shared with and passed on to his daughters and grandchildren.

He is survived by his wife of 43 years Linda Phillips of Worland; daughters: Julie (Bill) Russel of Herber City, Utah, Sheri Jones of Worland, Shannon (Doug) Soderstrom of Worland, and Darcy (Troy) Fethkenher of Ponca, Nebraska; twelve grandchildren and four great grand children. He is preceded in death by his parents Orville and Muriel Phillips; his brother Ted Phillips; and sisters: Janet Whitson and Joyce Watkins.

He shared his hobbies, friendship, generosity and long conservations with many and will be greatly missed by his family and friends. Memorials in Roy's honor can be made to the Salt Lake City VA Fisher House or a charity of your choice. To honor his wishes no services will held. Arrangements have been entrusted to Veile Mortuary.